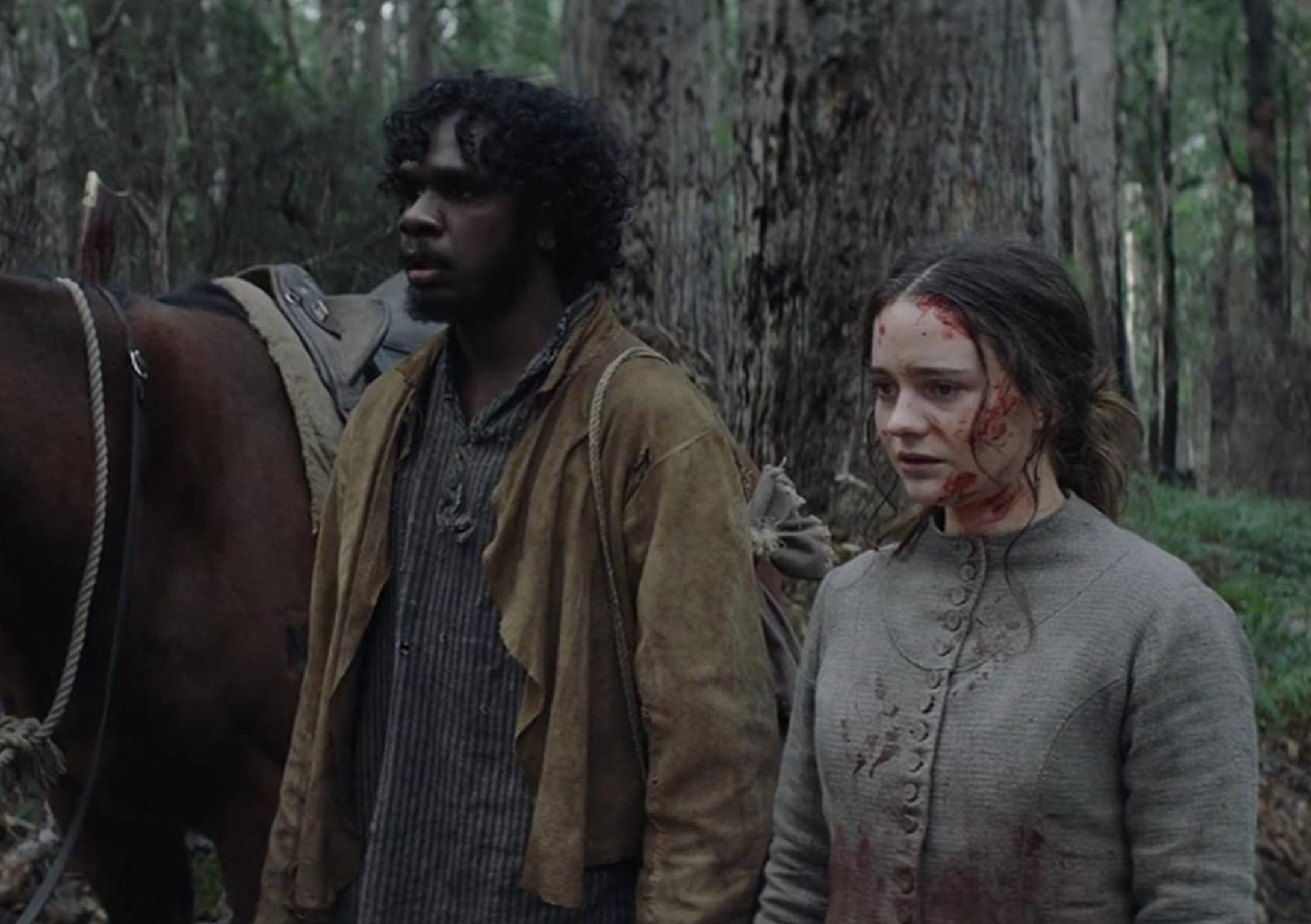 The Nightingale is one of the most difficult movies to watch that I can remember. There are several brutal and humiliating rape scenes, as graphic as they can get. Depiction of human depravity and lawlessness is so overwhelming, it took a lot out of me just watching this film.

The story plays in Tasmania, the large island south of Australia, in 1825, just before the infamous Australian Black War. Race tensions between the Aboriginals and the Whites are at the breaking point. They are outright killing each other. Prejudice is rampant. Many of the white Australians are convicts from England serving their sentences. The idea was that once the sentences are served, they are freed, albeit on the other side of the world in a nightmarish wilderness. In those years in England, you could get arrested for stealing an apple in a market, and convicted and shipped off to Australia for a sentence of many years.

The British class system, which separated the officers, the “highborn,” from the rest of humanity which had pretty much no rights at all, allowed abuse of power on an institutionalized scale. If you were a convict in Australia in those ages, you were at the very bottom of humanity.

Clare is a 21-year-old Irish convict woman. She has a loving husband and an infant child. She works as a servant at a military outpost in Southern Tasmania, and her assignment is under a British lieutenant named Hawkins. She has served her sentence, but he won’t let her go. Hawkins is a sadist and ruthlessly abuses everyone around him of lower rank. He rapes Clare in front of her husband. Then he has the husband and her baby killed as she lay bleeding. Hawkins and his cohorts leave for the north where he believes a Captaincy awaits him in the town of Launceston.

With nothing left to lose, Clare enlists the help of an Aboriginal tracker named Billy to follow Hawkins. Along the way, Clare and Billy slowly come to trust each other as they overcome their mutual prejudices and racial hate, and as they learn about each other’s traumatic past.

Claire seeks revenge without a plan. Billy wants to be left alone and live with his family and ancestors in his homeland. But their path is on a collision course with utter disaster.