Music and Lyrics by Lionel Bart 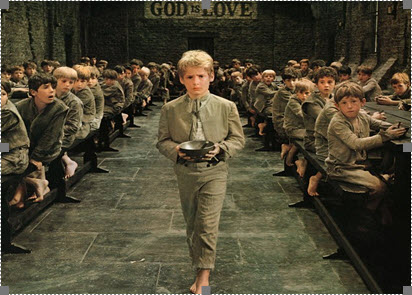 Among English novelists of the 19th century, Charles Dickens indisputably ranks as the most astute social satirist of his age.  The appalling living conditions of the lower classes in Victorian England had resulted from the rapid economic transformation of society in the Industrial Age.  The most vulnerable were the poor and, in particular, young orphans whose plight Dickens depicts in several of his writings in realistic and unsanitized detail. The scathing satire flowing from his pen would target the class of powerful industrialists and snobbish élite who were mercilessly exploiting the less fortunate members of society.

Oliver Twist would advance the literary career of Charles Dickens not only as the most popular novelist of his day but also as a relentless critic of his contemporaries.  His appeal to readers across cultures is due to his deft portrayal of memorable characters: Oliver, the pitiable orphan; Fagin, the conniving swindler; Nancy, the kind wench; Bill, the ruthless criminal.   These archetypal players in a Dickensian drama breathe life into a convoluted maze of subplots, leaving readers to wonder how an orphan’s journey through life, starting in despair, may yet conclude in hope.

The novel evolved from serialized monthly installments published in a popular magazine. It finally appeared in book form, after two years, in three volumes! Its length was due to subplots that are usually left out in most film adaptations (except for a recent miniseries). The central storyline is compressed even more in the musical Oliver! and its film version, entertaining audiences with delightful song-and-dance numbers which have become part of the repertoire of  tunes from modern musicals.

The film would garner an Academy Award for Best Picture, and five other awards from a total of eleven nominations.  It is worth noting that the spotlight of this musical drama has always fallen on the British actor, Ron Moody, who would go on to win multiple awards as Best Actor for his flawless portrayal of the cunning Fagin (his signature role in a long acting career, on stage and on screen).  The demanding portrayal of the brutal Bill Sikes, the arch villain of  Dickens’ novel, falls upon the matchless British actor, Oliver Reed.