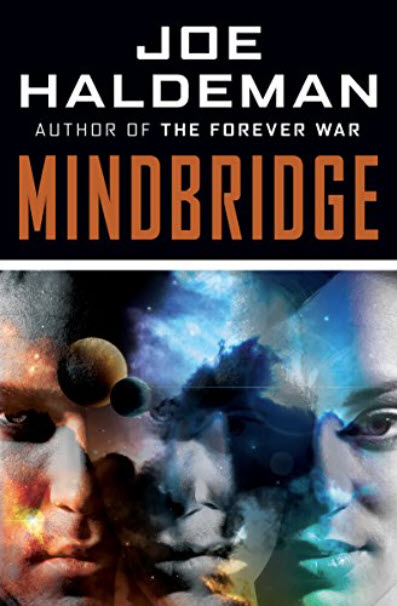 Mankind has discovered the secret to “faster than light travel” or more specifically, teleportation. It is possible for humans to enter a small machine and be transported to distant worlds instantaneously. The technology is called the Levant-Meyer Translation or LMT for short. It consumes an enormous amount of power. In addition, the travelers only stay out a certain amount of time, before they are pulled back to point of origin. This is called the slingshot effect. The machine can calculate how long and how far the travelers will go.

Using this method, there is a special Agency of Extraterrestrial Development that recruits and trains “Tamers,” young people of superior intelligence, technical and military skills, to first visit other worlds, explore them, and then possibly start colonizing them. Jacque Lefavre is such a tamer.

During his first trip they discover a nonsentient alien animal that, when touched, allows reading of other people’s minds. They call them mindbridges or bridges for short. Using those bridges, the humans also encounter the first sentient alien race, called the L’vrai. They are ancient, star-traveling, and apparently extremely hostile to humans. They do not use the LMT technology, but they have star travel at relativistic speed, and humanity discovers that they are encroaching closer to the human home world, currently hanging around Sirius, just 8.6 light years away.

Earth has to move fast to prepare for this threat.

Mindbridge is an entertaining science fiction story, but not in the class of other Haldeman’s books. My favorite was The Accidental Time Traveler, which I read and reviewed over 10 years ago and gave 4 stars. Of course, Haldeman’s most famous book is The Forever War, which I actually read twice. I liked the concepts of Mindbridge, but some of the implementation and plot content seemed awkward and contrived to me.