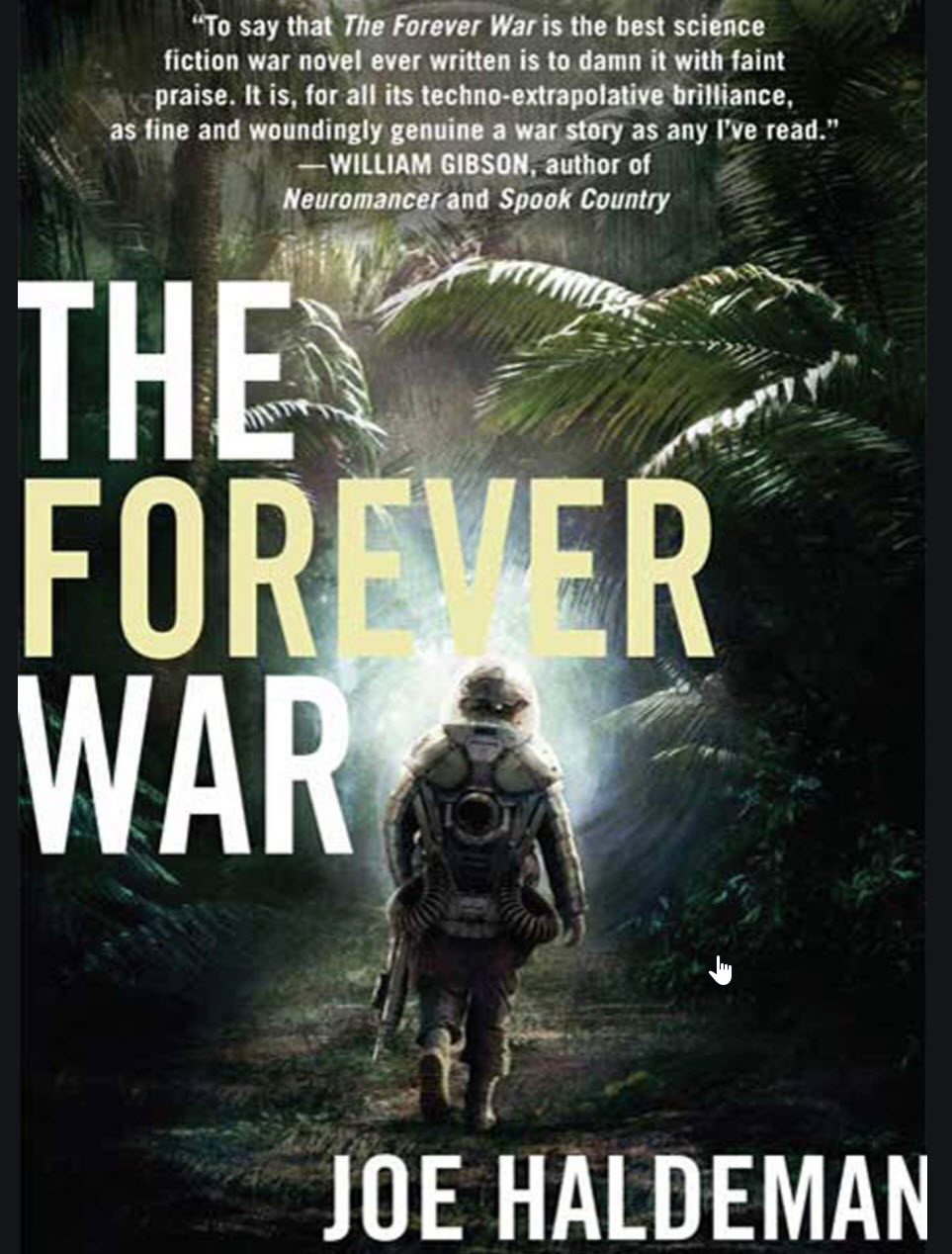 Born around 1970, William Mandella enlists in the military and leaves on an interstellar spaceship with a company of soldiers to fight the Taurans, the first aliens the human race encounters. The war between humans and Taurans goes on for centuries. Due to time dilation as a result of traveling at relativistic speeds, the soldiers that travel in the interstellar space ships do not age as fast as the rest of humanity that remains on earth. So when William comes back after his first deployment, subjectively only a few months after leaving earth, some 50 years have passed on earth, his mother is an old woman, all his friends are gone, and the earth has degenerated to a world with few remaining resources, too many people, powerless government, where marauding hordes of brutes take what they want by force.

The Forever War is a classic “must read” science fiction story. It reminded me of Scalzi’s Old Man’s War. Also, coincidentally, I was reading it in parallel with Starfarers by Poul Anderson. Both novels have time dilation as its central theme and underlying concept upon which a good portion of the plot rests. Both Starfarers (which I have not finished reading yet) and The Forever War develop time dilation to an extensive degree – so much in fact that am writing a separate blog post just on that topic.

Haldeman wrote this book in 1975. Strange that it took me this long to pick it up, as it has all the elements in a science fiction story that I look for: Epic journeys. Aliens. Fascinating physics concepts. Forward time travel through time dilation. Future earth speculation. Advanced military technology. Well developed characters. A love story. A great ending. It’s a satisfying book that makes you want for more.

3 thoughts on “Book Review: The Forever War – by Joe Haldeman”