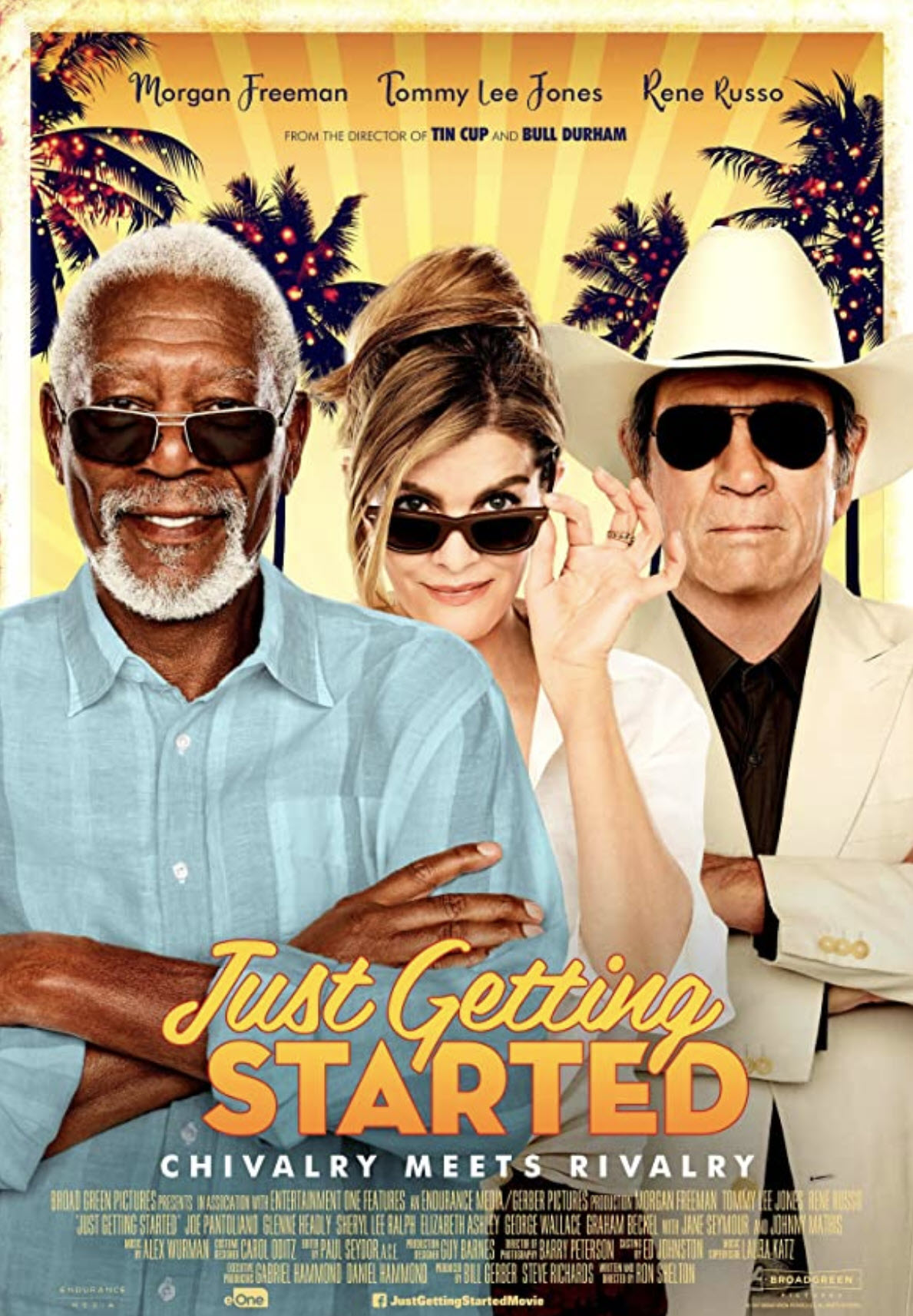 Duke (Morgan Freeman) is the manager of the Villa Capri, an upscale resort community for senior citizens in Palm Springs. He loves to be the king of the castle. He is freewheeling, his staff loves and supports him, the women residents adore him, and he is surrounded by a court of friends. Things are good in Duke’s kingdom as he prepares for Christmas with live camels in the nativity scene.

When Leo (Tommy Lee Jones) moves into unit 71, things change quickly. The women call him “new food on the buffet” and Duke finds out quickly that Leo is a better poker player and golfer. When his ladies start fawning over Leo, Duke realizes he’ll be trouble.

Then Suzie (Rene Russo) shows up in town and both mean are smitten. As it turns out, though, she is from the corporate office of the Villa Capri, essentially Duke’s boss, and sent to clean house – starting with firing him.

Before long, everyone is after Duke. Leo steals the show, Suzie is getting him fired, and somebody else is apparently trying to kill him.

Just Getting Started is a light comedy that makes us all laugh. It’s a silly little story with some unexpected twists, but is is carried by the star power of a  strong cast of veteran actors. And that makes it an enjoyable movie to watch and get away for a little while.