I had to google to figure out why the movie was called Bullet Head. It turns out a Bullet Head is a name for the dog breed Presa Canario. Here is a picture of one: 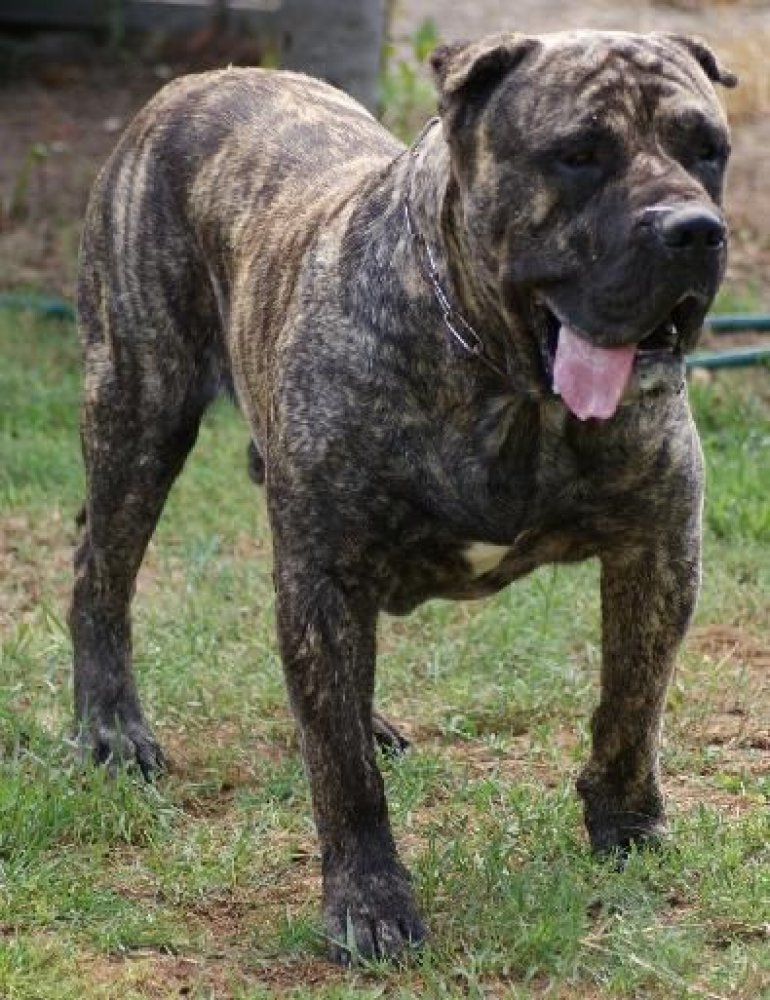 A few thugs, after a heist, crash their getaway car near an abandoned warehouse or factory. The driver dies, and the other three hapless robbers get out of the car and hide out in the warehouse. When I say “abandoned” I mean long abandoned, completely dilapidated, with broken roofs and jagged concrete.

The trio of of robbers are Stacy (Adrien Brody), Walker (John Malkovich) and Gage (Rory Culkin). What they don’t know when they enter the facility to hide out is that it’s also being used by a gang to stage dogfights. While Gage scours a locker room to service his heroin addiction, he makes a gruesome discovery. There is an injured dog on the loose. And that’s all I have to say about the story.

The movie is gruesome, gory, and due to the horrible environment and the despicable characters, extremely depressing. There is nothing good about this story, just bad luck becoming worse luck by the minute.

Of course, John Makovich does a phenomenal job as a crook, as one might expect, not to be upstaged by his two partners in crime, except for Bullet Head. The dog scenes are amazing, frightening and disturbing. It must have been a very difficult job for the director to get the dogs to do what they needed to do. There is no question, the hero, the protagonist of this movie is the dog named DeNiro.

The movie made me think about the cruelty and insanity of dog fighting, and I have a hard time imagining what kind of man it takes to be a participant in such an activity.

In the credit it states:

A portion of the proceeds of this movie will go toward eliminating dog fighting, rehabilitating its canine victims, and promoting awareness and education about the humane treatment of man’s best friend.

This was difficult to watch.