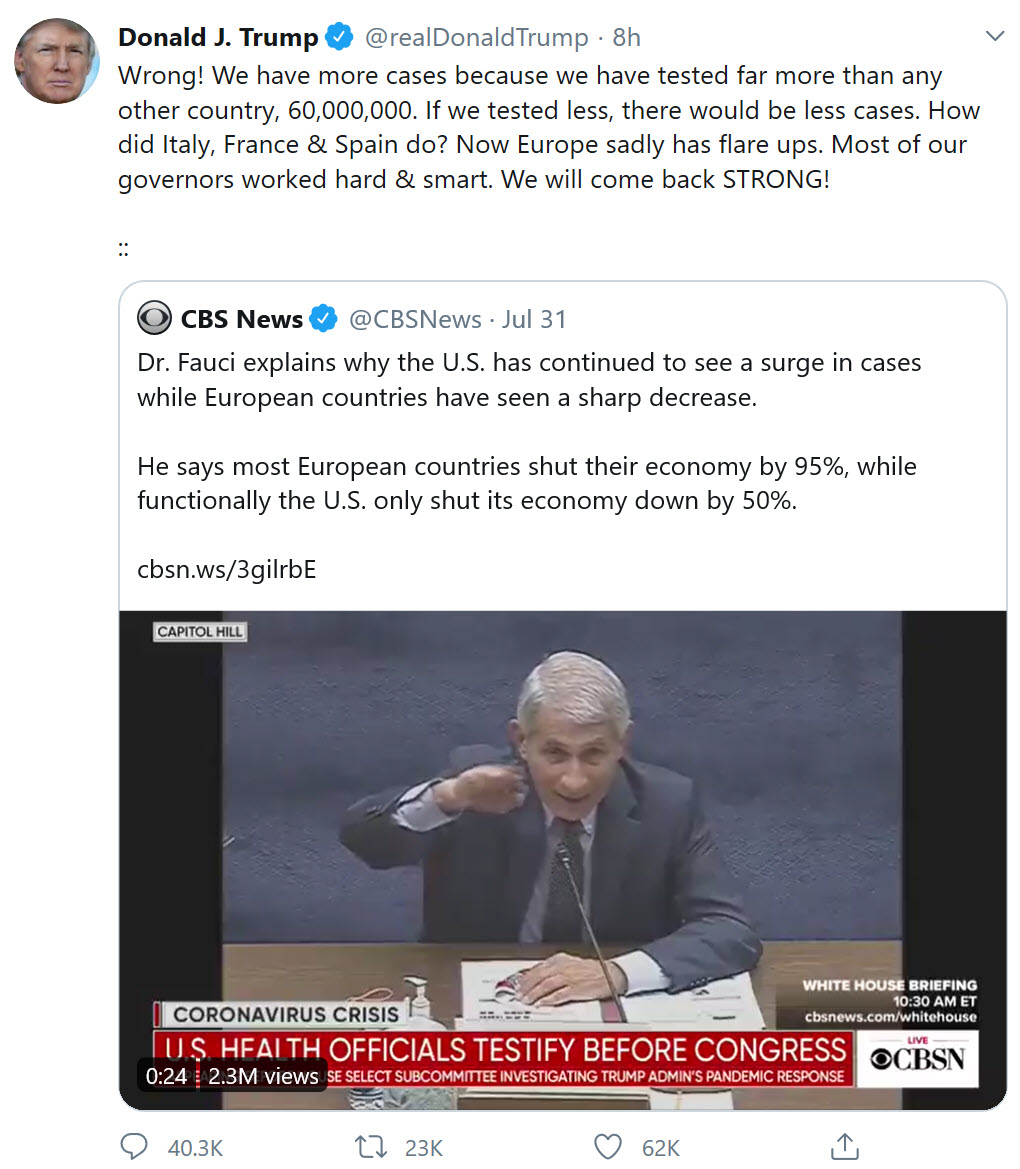 Now I get it. All these cases, and these new infections, are only there because we have done more testing. If we did less testing, there’d be less cases. Does that mean that if we had stopped testing completely on June 17, when we had 2.2 million cases, the spread would have stopped, instead of the number of infections doubling in the ensuing six weeks?

This is obviously a flawed conclusion and meant simply to confuse people, rather than educate them with useful information and facts.

If you do less testing, you KNOW ABOUT LESS cases. The cases are still there. The testing itself hasn’t infected people. The virus has. Doing less testing will simply give us a false sense of security, and more people will die, and the death count will go up. The government apparently is only interested in how bad things LOOK, not in how bad things really ARE. Unfortunately, our citizens are dying based on how things ARE, not how they LOOK for the government.

It’s not about the numbers and recording the numbers. This is not like ratings on TV shows. Real people are dying every day, one 9/11’s worth every three days! Yet, our government is concerned with how the numbers look.

Even Trump’s claim that we have done far more tests than any other country is not accurate. We may have done more actual tests, but our test counts per capita are not first in the world.  Googling for 10 seconds yields this information for anyone to access: Our World in Data: Testing for Covid-19.

I can’t wait for getting back a government that gives its people useful and actionable information, rather than political propaganda.