Here is an article about Jennifer Kristiansen, a 37-year-old Portland mother and attorney who was arrested. She was not read her rights. Her crime: standing in solidarity with other protestors in Portland. Apparently anonymous troops in battle fatigues, without nametags, without badges, without identifying insignia, can just pick people up off the streets on American cities now and our government seems to think this is acceptable. Not only is it unconstitutional, it is immoral, and it is offensive.

Are they seriously asking us to “pledge allegiance to the flag of the United States of America, and the republic for which it stands?”

Here is a picture of another victim in Portland. This is Donavan La Bella, a 26-year-old peaceful activist in Portland, shot in the face by United States officers. He may have brain damage, and a bad right eye for the rest of his life. He will definitely need reconstructive surgery in his face. Was this necessary? 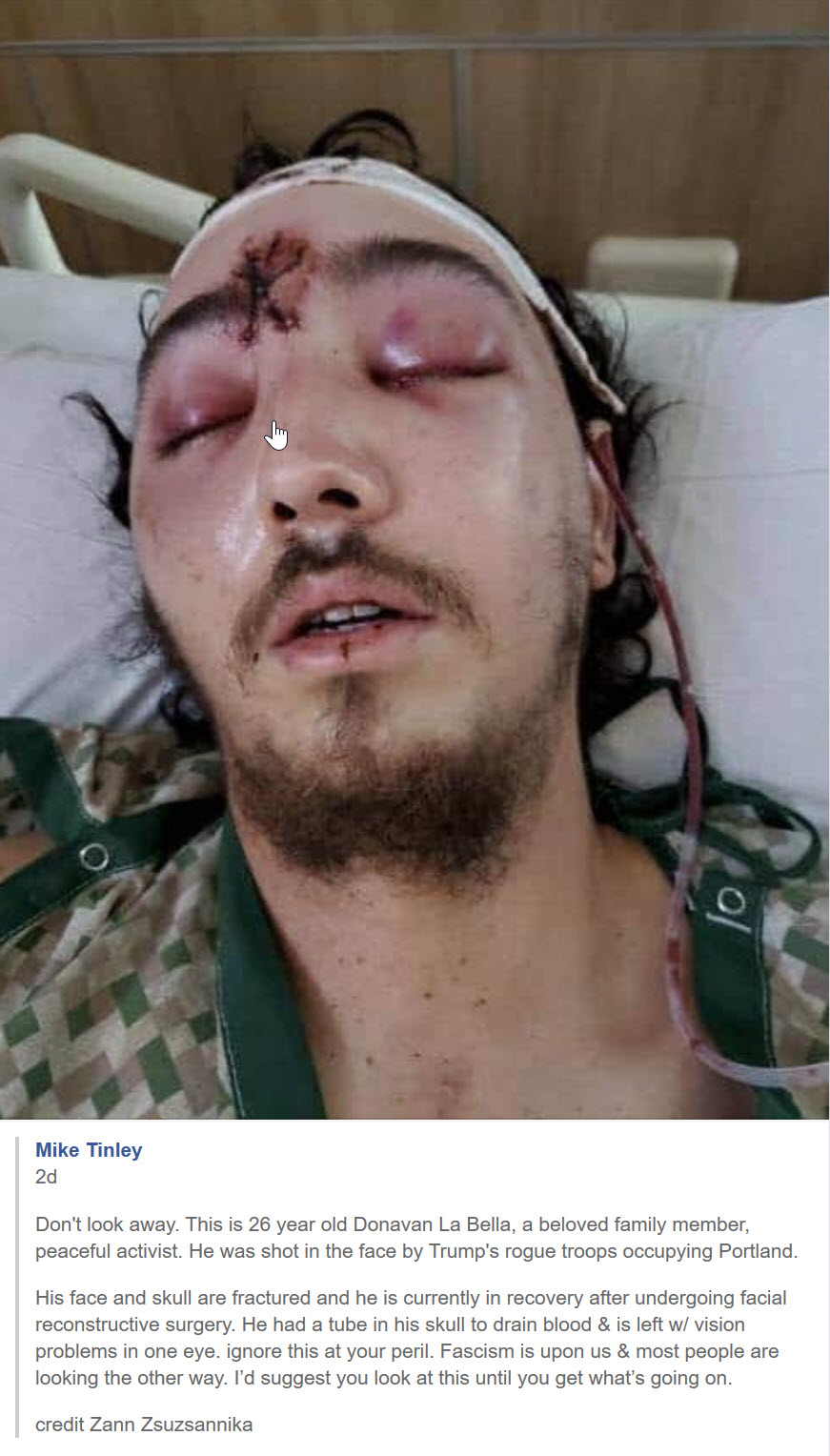 There are people in this country who think that he deserves it, that he should not have been there. He should not have stood up for this ideals and protect the republic for which the flag stands.

What kind of “officer” shoots an unarmed young man point-blank in the face. What kind of government orders its law enforcement officers to commit atrocities against its own people?

Syria’s Assad did that, and we sent dozens of missiles into his country. After this, we no longer have the moral authority to suggest to any other country to get its human rights policies corrected. We have no more moral authority, and it will hurt our leadership for decades, maybe forever.

This same government of ours was not indignant when this happened: 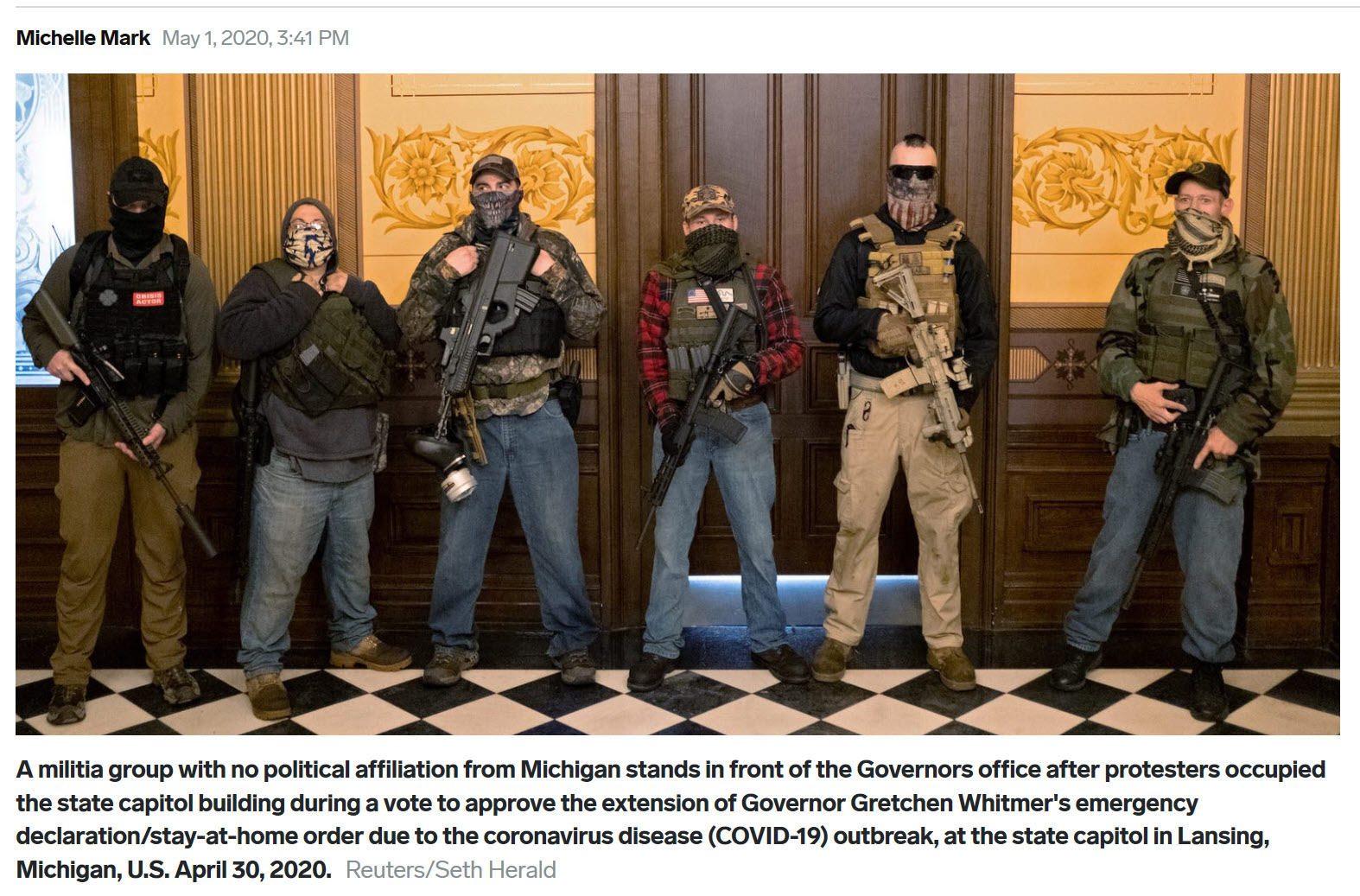 While the protestors in Portland are unarmed, while the wall of moms are simply concerned citizens with nothing but the clothes on their backs and facemasks, these protestors in Lansing, Michigan just two months ago stood in front of the governor’s office in the Michigan State Capitol. Their protest was not about the rights of oppressed minorities. Their protest was about having been ordered to stay home to shelter from infection and wear masks in public. They, however, were allowed to be fully armed with military assault rifles. Where were the federal DHS officers in that protest? Why didn’t they shoot rubber bullets into their faces?

Something tells me things would not have ended well for the officers if they’d started shooting at them.

I have to say that they look way more dangerous and menacing to me than the wall of moms in Portland did:

Our government now raises arms against its own people in its own country, against those who do not agree with the government’s policies and the morality of its actions.

How can I pledge allegiance?

One thought on “Government Atrocities: Portland and Lansing”