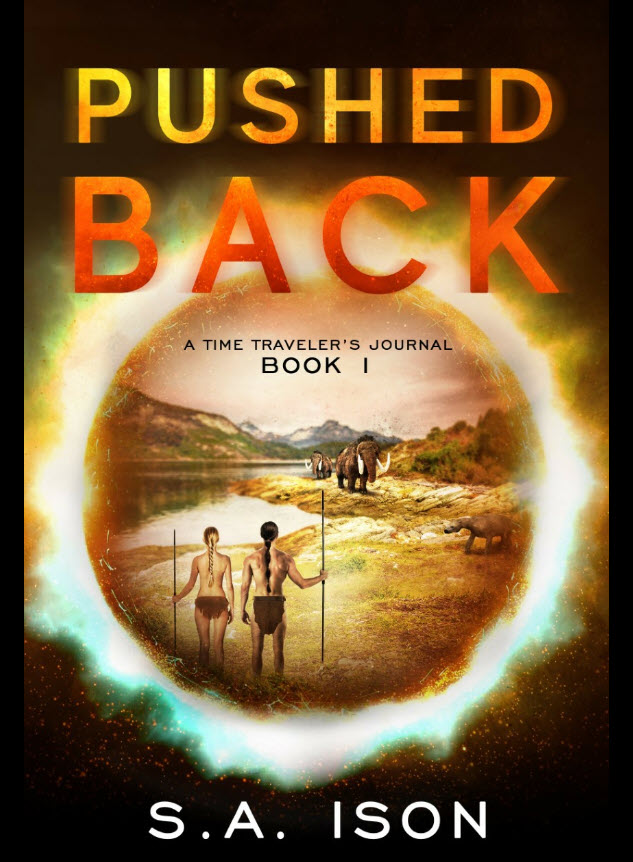 Ivy is a 37-year-old divorced mother of twin girls of sixteen. She is on her way to visit them, driving down a freeway in rural Virginia when the road suddenly is buckled up and destroyed in front of her. She gets out, along with a few other people in other cars and tries to figure out what might have happened, when she is thrown into a time warp of sorts. Along with Harper, another stranger, a 33-year-old man, she wakes up and finds herself in a primeval forest.

Long story short, they were thrown back in time about 17,000 years to when North America was still full of large fauna, including giant bears and saber tooth tigers. The very first humans had just come from Asia and had made their way across the American continent.

Ivy happens to have a notebook with her and writes a journal of their story of survival in a Paleolithic wilderness. Her journal is the book. Ivy tells the story in the first person present tense.

There is nothing really happening in the story, other than the description of their day to day efforts to survive and possibly thrive. The plot is simple and way too simplistic to be credible. It’s almost like a fairy tale for an 8-year-old audience. The language is stilted and unreal, and the ease with which everything goes smoothly for them just does not ring true.

Reading about that time in history reminded me of The Clan of the Cave Bear by Jean M. Auel which I read many decades ago and remember as a very good book. So reading Pushed Back prompted me to download that book so I could read it again, or at least give it a try.

The language in Pushed Back is juvenile and full of trite expressions. I’ll give you one example. The author likes to use the word “friggen” to create a feeling of astonishment that she apparently can’t impart otherwise.

When Harper kills a wild pig with his spear, Ivy says:

I guess it’s ok to use this word in this context when Ivy quotes herself directly. However, this word is used five more times throughout the book. Here are the other examples:
Ok, the author likes “friggen” but to my astonishment, she also likes “fricken” as in the other two examples:
Maybe you are thinking I am being petty, and maybe I am, but these are just a few examples of the repetitive use of trite expressions and made-up words that may be part of colloquial American life, but it sounds friggen stupid in a book.
Then, of course, there are the numerous punctuation, spelling, grammatical and even tense errors that should have been found by an editor or, if too expensive, a friend, who should have read the book at least once before it was published and sold. But alas, that’s apparently acceptable in modern publishing.

This is listed as Book 1 in the time travel series, but I could not find a Book 2 yet. Checking S. A. Ison’s work, I see she specializes in survival material and post-apocalyptic stories, with several series of books in that general subject matter.

Given the poor presentation, the sloppy editing, the vapid language, the flat plot and the superficial characters of Pushed Back, I think I am done reading S. A. Ison books.