A few weeks ago, while beating up on Trump, I posted about the world’s richest monarchs.

Then I pointed out the richest world leader, with a fortune of $30 billion, is Bhumibol Adulyadej, the King of Thailand. I had never heard of him. I could not pronounce his name. But here he was with Barack Obama: 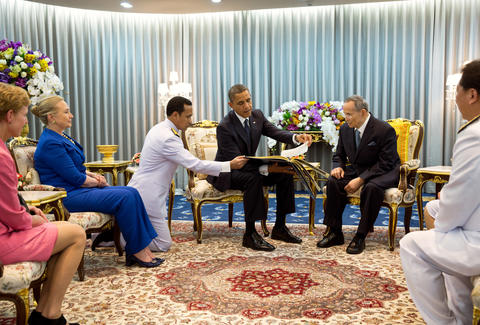 Little did I know when I posted that the king would die a few days later. I found out that he was revered by his people.

I have a many  Thai friends, and I have respect for their feelings, so I might offend some of them here.

However, I can’t muster any respect and support for people that inherit titles from their families and use those titles to suck their country dry of resources so they can live lavishly. This goes for pretty much any monarch in the world. If I had my way, I’d abolish them all.

That’s why I live in the United States, where we do not have monarchs. We have our own elite, inherited wealth from old money, and we’re very far from perfect. But at least we don’t have monarchs that live of the public – while the public works and suffers, often in extreme poverty, outside of the gates of the palaces.

When King of Thailand was dead, the crown prince, Maha Vajiralongkorn, took over. Here is a picture of him: 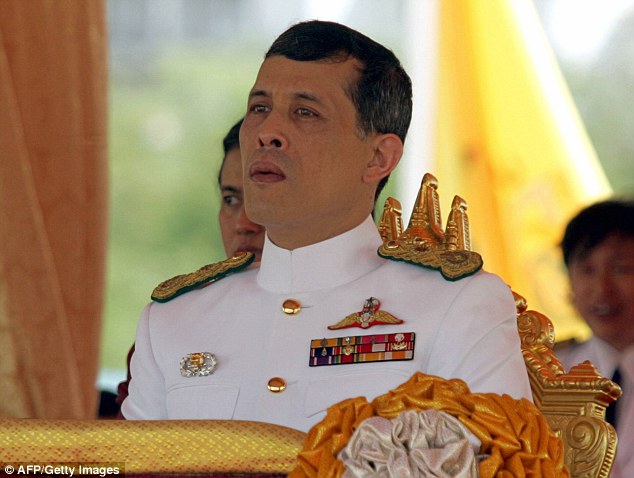 Here is another picture of the King of Thailand with his current wife at the Munich airport.

You can see in the eyes of the two men next to the pilots standing at attention in the above photograph that they are not very proud of their king.

As you can see, there is not just the royal couple, there is also the royal dog. The dog’s name purportedly is Foo Foo, the king’s favorite pet. He gave him the title “air marshal.”

I found the 2007 video below which shows him and his third wife, Princess Srirasmi, at a birthday party. It says it’s her party, but watching it, it looks to me more like it’s the dog’s birthday party. Judge for yourself.

If you’re bored with the video, roll forward to 2:50 and enjoy views the wife of the King of Thailand prancing about topless and in a thong.

Srirasmi has since split from the prince after being booted from the Royal Palace in December. He had stripped her and her family of their royal titles.

This is what I call excess of the elite. I wonder how the Thai people feel about that.

One thought on “Thailand’s Kings – Old and New”