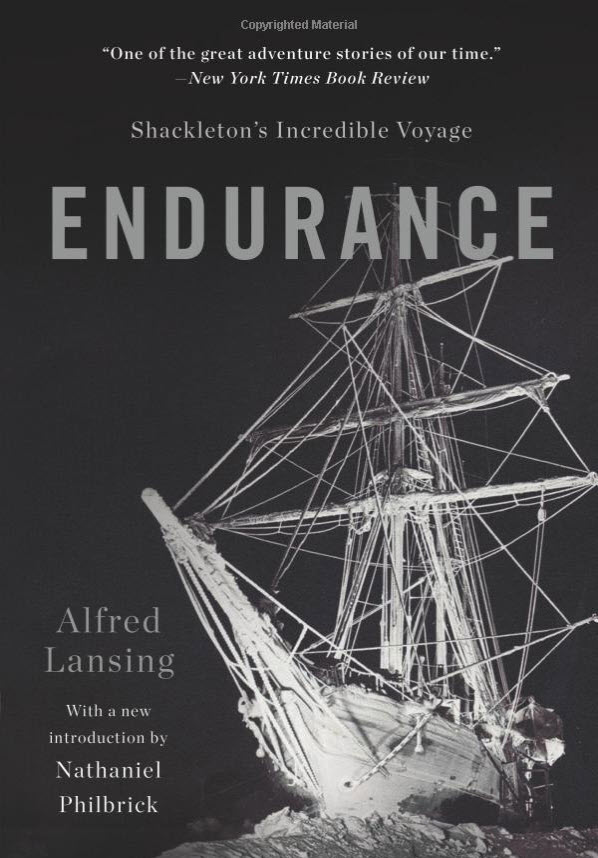 Ernest Shackleton was an English explorer who wanted to be the first to cross Antarctica on foot. After many years of preparation and huge expense, he outfitted the Endurance, a ship especially built for the journey, and set sail from England in 1914 for Antarctica. They left for the final push from South Georgia, an island in the Southern Sea, on December 5, 1914, the beginning of summer on the southern hemisphere, heading for the Antarctic coast.

Eventually the Endurance got trapped in pack ice only a few days of sailing away from their destination. They ended up spending months marooned on the ship, waiting for the ice to clear. However, pack ice is dangerous and soon the ice started crushing the ship, forcing the crew and the more than 70 sled dogs they had with them to leave the ship and camp on the ice.

Eventually the ice started to break up…

Endurance is the story of how 28 men, with only three life boats and provisions for a few months spent 17 months in the Antarctic ocean with no possibility of rescue before they could save themselves.

This was before Goretex, and modern gear, and GPS, and high-tech trekking equipment and food. The men lived through an Antarctic winter in sleeping bags made out of reindeer hide, wearing wool clothes and mittens. When you camp on ice floes in summer, the surface melts during the day and freezes again at night, making for a constant water-logged camp. Their clothes were always damp or wet, and the temperatures reached 40 below with gale force winds.

And they camped out, every night, for 17 months.

Lansing tells the story of the 28 men on the Endurance. I felt I was there with them, every step of the way, I felt their agony, their boredom, and the hopelessness of their situation. But I was also inspired by their indomitable will to live.