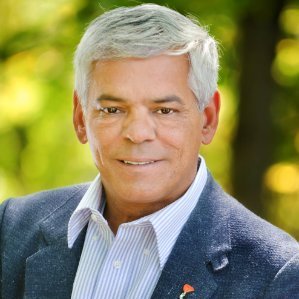 Al Baldasaro is a Republican New Hampshire State Representative. He made unprovoked crude comments on Facebook against Democratic State Rep. Amanda Bouldin, when she expressed opposition to a bill that forbids women from exposing their nipples or breasts. Here is what he posted: 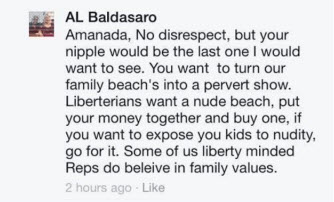 I don’t know Al Baldasaro, but this one little paragraph makes him look really stupid. This is a State Representative?

What is it with people that get themselves into positions to “make laws” and then they get all hung up about what other people do with their bodies? In their bedrooms? Not harming anyone?

We need laws to protect people from abuse, crime, poverty, and ignorance.

We don’t need laws about what women do with their uterus or their nipples.