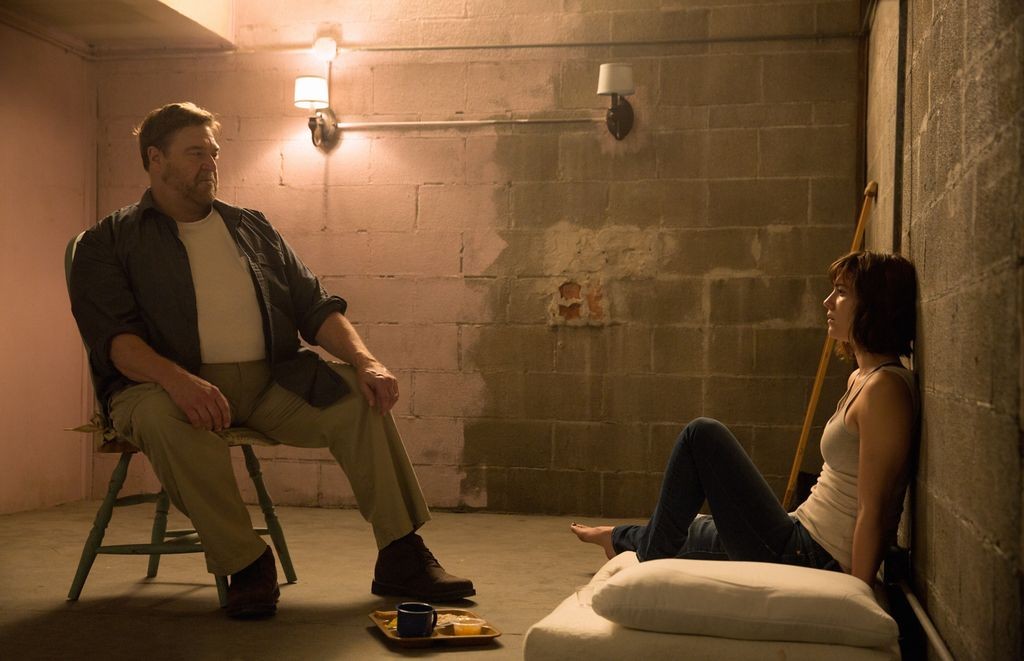 Michelle (Mary Elizabeth Winstead) is leaving her boyfriend. She moves out of their apartment in the city, driving into the countryside when, out of nowhere, she gets hit, her car careens off the road and flips upside down. She wakes up in a cellar with cinderblock walls, on a mattress, an IV in her arm, her leg in a brace, and chained to a pipe along the wall. She has no idea where she is.

It turns out she is in the “custody” of Howard Stambler (John Goodman), who has been preparing for a doomsday scenario all his life. He claims that the end of the world as we know it has come, and rather than being antagonistic, she should be grateful for his care and protection.

Howard is just a bit too crazy, too strange, for her to accept that reality and she starts plotting for her escape.

10 Cloverfield Lane is a suspense drama with just a few actors, almost like a play. John Goodman performs in one of his best roles ever, and he is perfect for it. Howard is on the one side a compassionate uncle-figure, on the other side a stark-raving-mad conspiracy fiend, and I found myself wondering all through the film whether I should trust Howard, or whether he was actually the problem.

The ending is not what I thought it would be, so the surprise element worked well for me. The movie was suspenseful and quite entertaining, but in the end I would not call it a great movie – it was just “good.”

You should go and see it.