Edgar Mitchell passed away on February 4th at the age of 85. 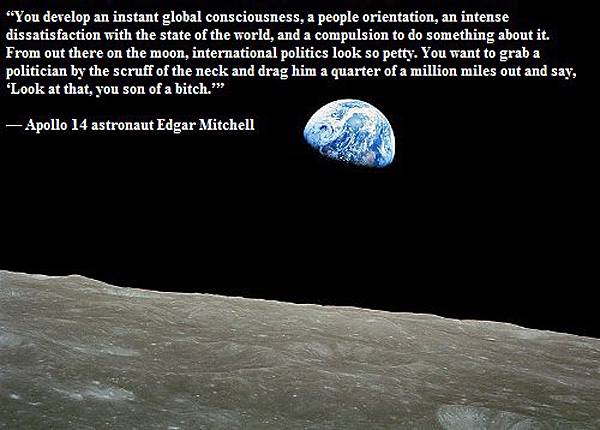 Here is another quote from a moon walker about what it was like:

“But sometimes people just want a description of what it was like,” he continued, “The black sky, the brilliantly illuminated slopes of the mountains, the bright sun, and then our Earth as a big blue marble hanging over one of the mountains. The physical feeling of walking on the moon is like walking on a giant trampoline, to some degree.”

Only 24 humans ever left earth orbit and flew to the moon and back. Of those 24, three flew to the moon twice, and 12 landed and walked on the moon. So there were only ever, in the history of the world, 24 people who saw the earth as a brilliant blue marble floating in the black sky with their own eyes – and their own emotions. 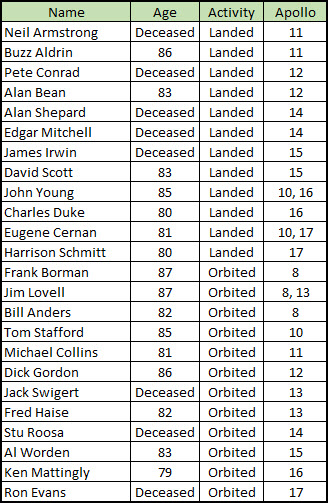 So there are only 16 humans left alive that ever saw the earth as a blue marble. The last time anyone saw that was in 1972.

I doubt that we’ll land on the moon within the next ten years. That spirit of “before the decade is out” (Kennedy) is no longer with us. Rather, our scientific and exploratory spirit is much dampened by our lack of enthusiasm for science and progress. Just listen to Ted Cruz and Marco Rubio, two of our “leaders” of the 21st century. They want to turn the United States into a theocracy. Why don’t they look at Afghanistan and Iran, and see how that worked out for those countries.

Meanwhile, I choose to remain inspired by the look of the blue marble.