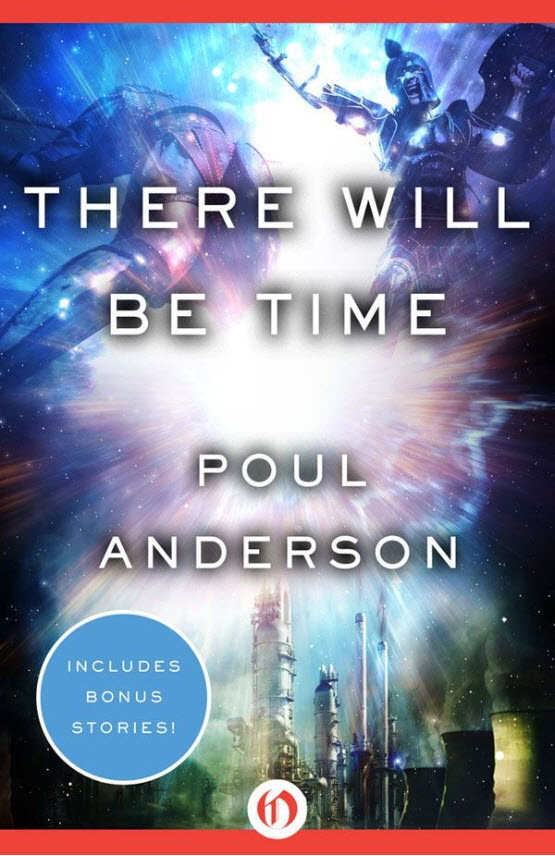 Jack Havig is born with a strange mutation that allows him to travel backward and forward in time at will. As a child, his parents are sometimes puzzled when he suddenly disappears and then just comes back moments later.

As Jack grows up, the polishes his skills more and more. Since he can control time, he can actually travel to another era, spend weeks, months or even years there, and then come back to the minute after he left. If he was alone in his room, nobody would even have known – except that he aged while he was gone.

Eventually he succeeds in his quest to find others with his unique skill. But he soon discovers that these others have formed an organization with evil intentions. That’s when he decides he has to extract himself and fight for humanity.

He finds out that it is not easy to hide from an organized gang of time travelers. There Will Be Time is told from the perspective of Doc, a friend of Jack’s family who has known them from before Jack was born. Doc narrates the story as he follows Jack, his growth and his later mastery of time travel and associated intrigue.

A well-structured story, it is sometimes a bit tedious as it goes into too much detail about far-future history and speculation around it.

The chapters are titled with roman numerals. However, at the end, the book includes what is advertised as “bonus stories” titled Progress and Windmill. It took me some time of reading into those stories before I figured out that they really had nothing to do with the novel, and that left me somewhat confused at the end. I think they should have left those out. They didn’t add anything and were somewhat meandering and pointless by themselves.

In the end, There Will Be Time is a must-read book for time travel aficionados like me.