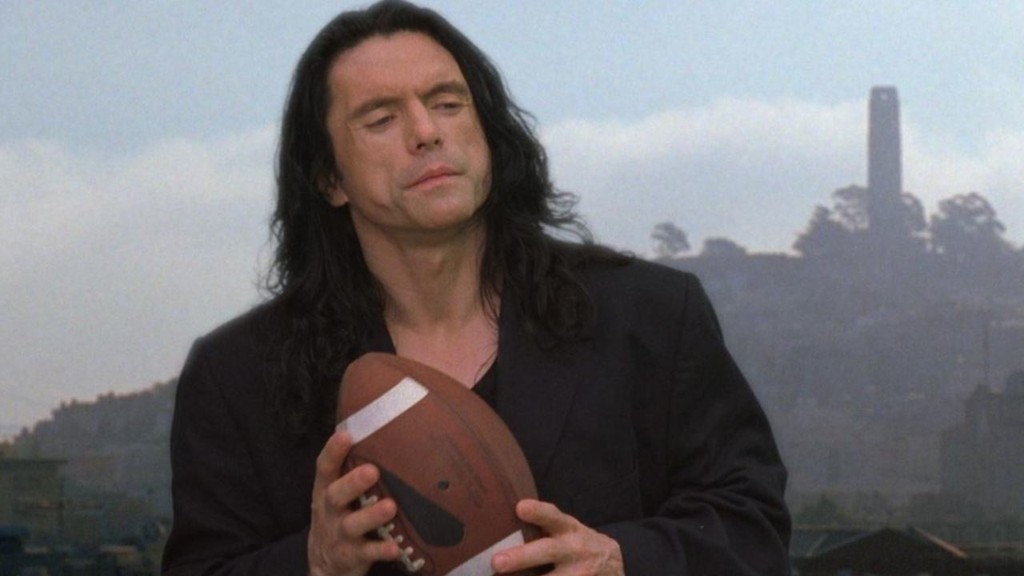 The only reason I was able to watch the whole thing is because my son made it the featured entertainment for us after Thanksgiving dinner. We had to hand in our smartphones, and we were not allowed to leave, until the movie was over. The Room is a cult classic in San Francisco, he said, because it is so bad.

The guy in the picture above is Tommy Wiseau, the producer, writer, director and lead actor. He is obviously full of himself. Nobody quite knows where he got the six million dollars he spent on his vanity project The Room.

The movie has no plot to speak of (I could tell you in about 20 seconds what’s going on). The story is full of holes. Much of the action makes no sense. Playing football has never been this bizarre before. The acting is horrible – did I say that already?

There are a few sex scenes, where Johnny (the main character) sleeps with Lisa (his fiancée). The scenes are actually quite graphic and take place in the first half hour of the movie. That made me think it might just keep going like that, in good soft-porn style. But no. The second sex scene used the same footage as the first. He must have thought that the audience wouldn’t notice.

Why it is called The Room I cannot fathom. It could as well have been called The Goof or Inept.

Now you actually must rent this movie and watch it all the way through, just so you know what the worst movie ever is like!

And the sentence Why are you doing that??? will never be the same again.

One thought on “Movie Review: The Room”