In 2013 alone, over 1,000 park rangers were killed while attempting to defend African elephants from poachers. The elephant is a terribly endangered animal and it may only be a few more decades before there are no more wild elephants left.

Imagine my surprise when I found this advertisement in the October 2015 Robb Report Collection edition: 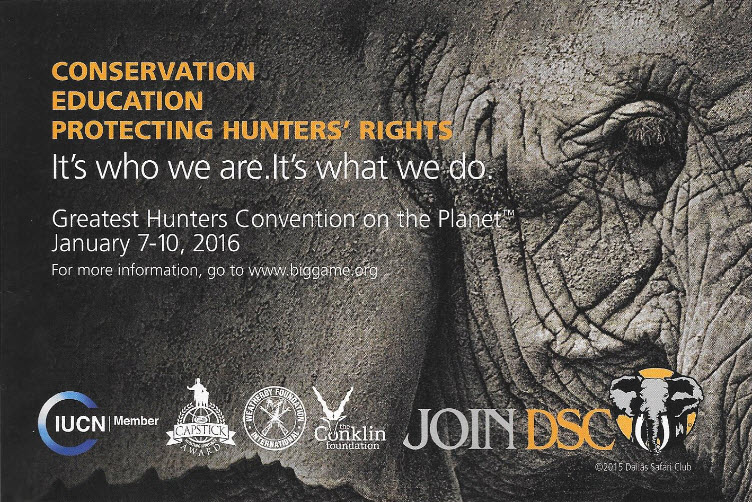 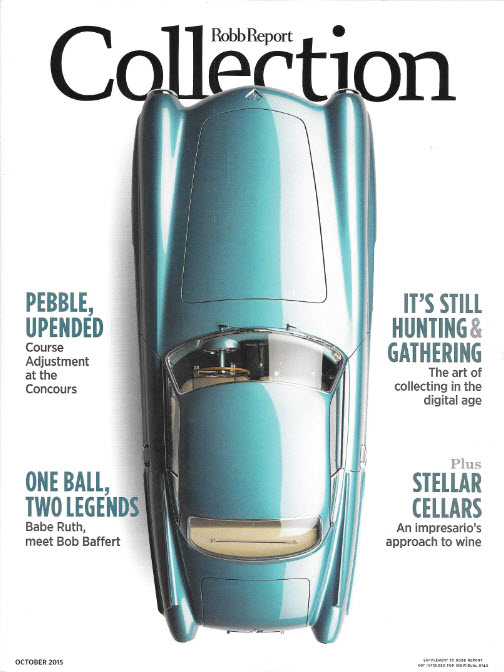 This is  a magazine for the very rich. It is full of articles and advertisements for super cars, private jets, 3rd homes in remote islands, art and culture, and – apparently – big game hunting.

It is beyond my comprehension how BigGame.org can position itself as a conservation and education organization, when it’s really just a club for big game hunters – the Dallas Safari Club.

It makes it sound like killing elephants is a noble and worthy endeavor.

Tell me what you will, we can educate and observe completely without shooting a single elephant for sport. Making it sound like hunters are the good guys in this terribly destructive game is simply irresponsible.

Hunting big game for sport is as outdated as slavery. What exactly are “hunters’ rights” that need to be protected? Sounds kind of like protecting the rights of slave owners to me.

Elephants, along with whales and apes, are the most intelligent creatures on this planet, and we’re wiping them out – for sport (in the case of big game hunting) and the relentless greed for ivory in mostly Asian markets.

We humans have a responsibility to protect our fellow intelligences.