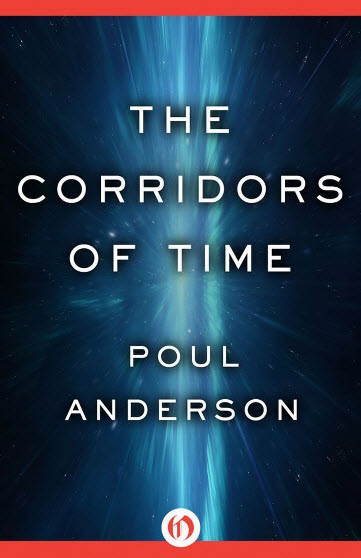 Malcolm Lockridge is a former U.S. Marine in the middle of the twentieth century. He is in prison because he accidentally killed one of the thugs that tried to mug him. A mysterious, beautiful and apparently rich woman proposes a deal that he can’t refuse, in exchange for getting him out of prison.

She takes him into the woods somewhere in Denmark, where they enter an underground corridor with very mysterious properties. As you walk down the corridor, you walk past gates into different times. You exit the gate at a labeled time, and out you come into the selected era.

Lockridge quickly figures out that the corridors are used by enemy factions working on manipulating history to their advantages. He first becomes a pawn in their games, and soon finds himself as a pivotal figure in history, spanning from the Neolithic age almost 2,000 B.C and going forward about 4,000 years into the future from now.

Anderson has a unique descriptive style, which lends itself well to this story, where he has ample opportunity to put the reader into the deep past. When reading his description, I find myself seeing clear and vivid pictures in my head. Here is an example. Lockridge has just woken up in Denmark about 1,800 B.C, and he looks around:

White sunrise mists rolled low across a drenched earth. Water dripped from a thousand leaves, glittered in the air and was lost in brush and bracken. The woods were clamorous with birdsong. High overhead wheeled an eagle, the young light like gold on its wings.

I found the story charming and entertaining, but confusing at times and occasionally tedious. The complex web of  international and intertemporal intrigue across the ages was so complicated, the story, the “time” line and the plot were difficult to follow.

The Corridors of Time is not one of Anderson’s best, but for a time travel buff, it’s a must-read.