This short video is disturbing in many ways. Don’t even think about looking at the comments in YouTube below. Incidentally, what is it with YouTube comments? Why are they always puerile, offensive, disgusting or idiotic?

It starts with the title: Arab Woman in Burqa Eating Spaghetti – Hilarious!!

I don’t think this is hilarious at all. It illustrates like a caricature the systematic and humiliating oppression of women in Islam as it is supported by governments and monarchies all over the world.

We will never know how these women really feel. But I cannot imagine they are enjoying themselves in this role of non-personhood.

And we, the United States, stand behind a number of such oppressive, sick governments with our money and our soldiers.

American soldiers went to war on behalf of Kuwait. KUWAIT! One of the most repressive societies in the world. G.H.W. Bush sent 425,000 American soldiers to liberate Kuwait in Operation Desert Storm in 1990-1991 and 383 Americans did not come back. The U.S. Department of Defense has estimated the cost of the Gulf War at $61 billion, of which Kuwait, Saudi Arabia and other Gulf states covered $36 billion and Germany and Japan covered $16 billion. More than 100,000 Iraqi soldiers were killed. While the U.S., for a change, didn’t pay the majority of the cost, we sent 425,000 of the 670,000 troops from 28 countries. That means we brought in two thirds of all the soldiers.

And what did we get from Kuwait in return?

What did the wives, parents and relatives of the 383 American soldiers who died there get for giving their lives for KUWAIT?

Our friends, the Saudis, are the other most oppressive regime on the planet. 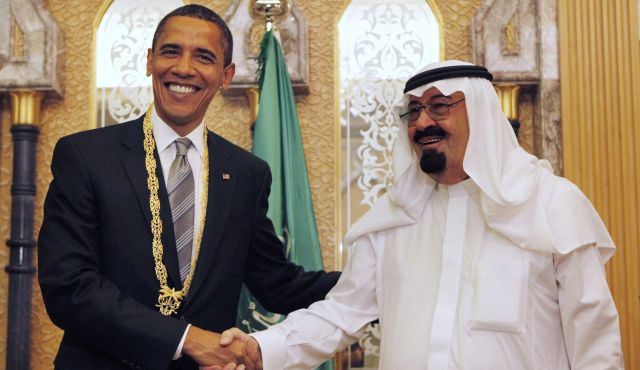 What compels us to keep courting Middle Eastern countries? What do we get in return?

Thanks? – Are you kidding!

On this issue I am – and I hate to say it here – with Donald Trump. Our leaders don’t know what they are doing. Our so-called allies are laughing all the way to the bank while the American public is told our soldiers are dying for our freedom.

All that from watching a poor woman try to eat spaghetti.