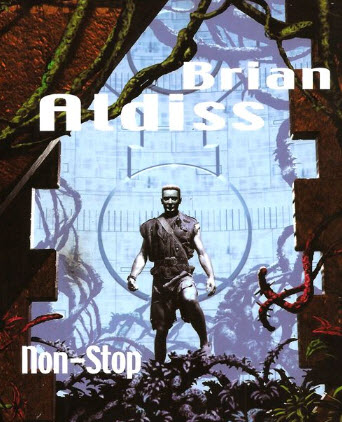 In the twenty-second century, humanity sends a ship to the fifth planet of Procyon, the eighth brightest star in the night sky, in the constellation Canis Minor. Evidence suggests that the planet is Earth-like.

Procyon is 11.5 light years away, so the trip is a one-way endeavor for the colonists on board. As a matter of fact, it will take six generations of humans before those that will actually land on the target planet are born. Imagine if a ship had left at the time Lincoln was president, and it would now arrive!

Conditions on the ship would likely be very different from those when the trip started. What would descendants six generations hence think of the original mission? Would they even remember?

Roy Complain is a hunter. He lives in the lower regions of the ship. There are 84 decks, and the lower decks are called the “Quarters”, the middle decks the “Deadways” and the upper 30 or so the “Forwards.” The Quarters are overgrown with hydroponics, plants out of control permeating the corridors, rooms and compartments. Humans live in tribes, defending themselves with primitive weapons, hunting feral animals and gathering plants to survive. Constants strife between tribes on different decks and in different areas of the ship makes life challenging and dangerous. When Roy’s partner dies, presumably after not coming back from a hunting trip, he and a small group of friends start on a journey into the unknown, through the mythical Deadways, on to the Forwards that nobody really knows actually exist. Roy and his companions don’t know there is a universe outside their cramped, mechanized and overgrown little world.

Non-Stop is a phenomenal generation ship novel, written in 1958, when the only comparable work around was Heinlein’s Orphans of the Sky, which only scratches the surface of the depth a generation ship story can provide. It is difficult to write about this novel meaningfully without spoilers. So I will stop here.

The beginning and middle of the book is somewhat slow at times, and the details tend to get tedious. There are a few hokey concepts, like intelligent rats and telepathic rabbits, but those don’t get in the way. But let me tell you this: Read Non-Stop from the beginning to the end, and then, when you are done, and you figure out what’s actually going on, you’ll want to start at the beginning once again.

Non-Stop is a powerful, compelling and thought-provoking generation ship story.