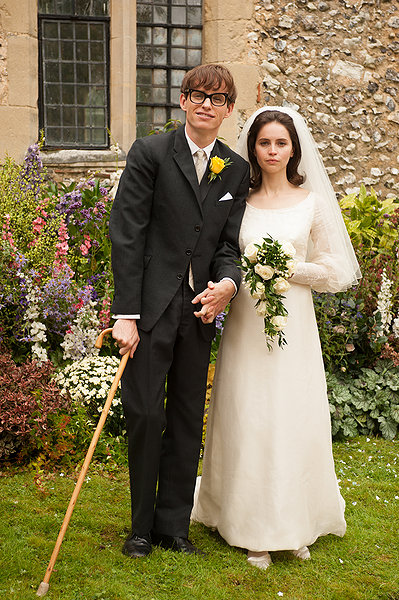 It is hard to imagine that there is a single educated human being on the planet that does not know who Stephen Hawking is. Most of us know him only as an utterly disabled person, a brain in a wheelchair. Most of us have bought his book A Brief History of Time, and most of us have not fully read the book.

The movie is based on the memoir Travelling to Infinity: My Life with Stephen, by Jane Hawking, Stephen’s first wife of 30 years. The director is Academy Award winner James Marsh. The Theory of Everything is about the life of Stephen Hawking, played by Eddie Redmayne in a riveting performance. I would not be surprised if this role resulted in an Oscar. Felicity Jones plays Hawking’s wife Jane.

When still a college student, Hawking fell in love with his future wife, fellow Cambridge student Jane Wilde. At the age of 21, Hawking was diagnosed with a motor neuron disease related to amyotrophic lateral sclerosis (ALS), or Lou Gehrig’s Disease. The doctor told him that he had two years to live. In the early years, his love for Jane, who fought tirelessly by his side, made the difference between utter depression and possible death versus the life of one of the world’s most preeminent scientists, today right up there next to Einstein in visibility and renown. There is no doubt that Hawking is known as one of the world’s greatest living minds.

As I watched the movie, there were tears in my eyes for long periods of time as I was absorbed in the phenomenal difficulties this human being suffered as a giant intellect trapped in a completely useless body with no way to communicate.

The movie, of course, progresses through time periods quickly and sometimes I was not able to make all the connections. That did not detract from the story and the impact. I simply went home and pulled up the Wikipedia Page on Hawking and within 15 minutes of reading put it all together – now even more in awe of the man and the story.

The Theory of Everything educated me, entertained me, motivated me and incented me to read more of Hawking’s later books. After all, A Brief History of Time was published 25 years ago, in 1988.