There are a few paintings I have done in my life that I did twice, and there was always a reason.

In 2014, when I visited my friend Kevin in upstate New York, I took a photograph from his dock in Oneida Lake, facing toward the setting sun, which put the neighbor’s boat into a silhouette.

Here is a post I wrote at that time.

Then it occurred to me that rather than just putting the painting on a stack of unhung paintings in my garage, I should just send it to Kevin, who would then give it to his neighbor to do what he pleased. To this day, I don’t know the name of the neighbor, but Kevin told me later that they cherished the painting, had it framed, and it was displayed in a prominent place in their house. After all, who has an original painting of their own boat? That was in 2015, and I thought that was the end of the story.

When I happened to visit Kevin briefly last year he told me the terrible news: A year before, the neighbor’s house burned to the ground in the middle of the night. They were not home, and some faulty electrical wiring had caused the fire. They lost everything. Including the painting. He even showed me videos of the blaze. Apparently the neighbor has meanwhile built a new house on the same lot. After my shock wore off, when I got home, I thought I should just paint another one.

This idea came to me after I had pretty much done NO PAINTING at all during the Covid years, so I was pretty rusty. I thought this project might get me motivated and back in the groove. So I started again and here is the finished product: 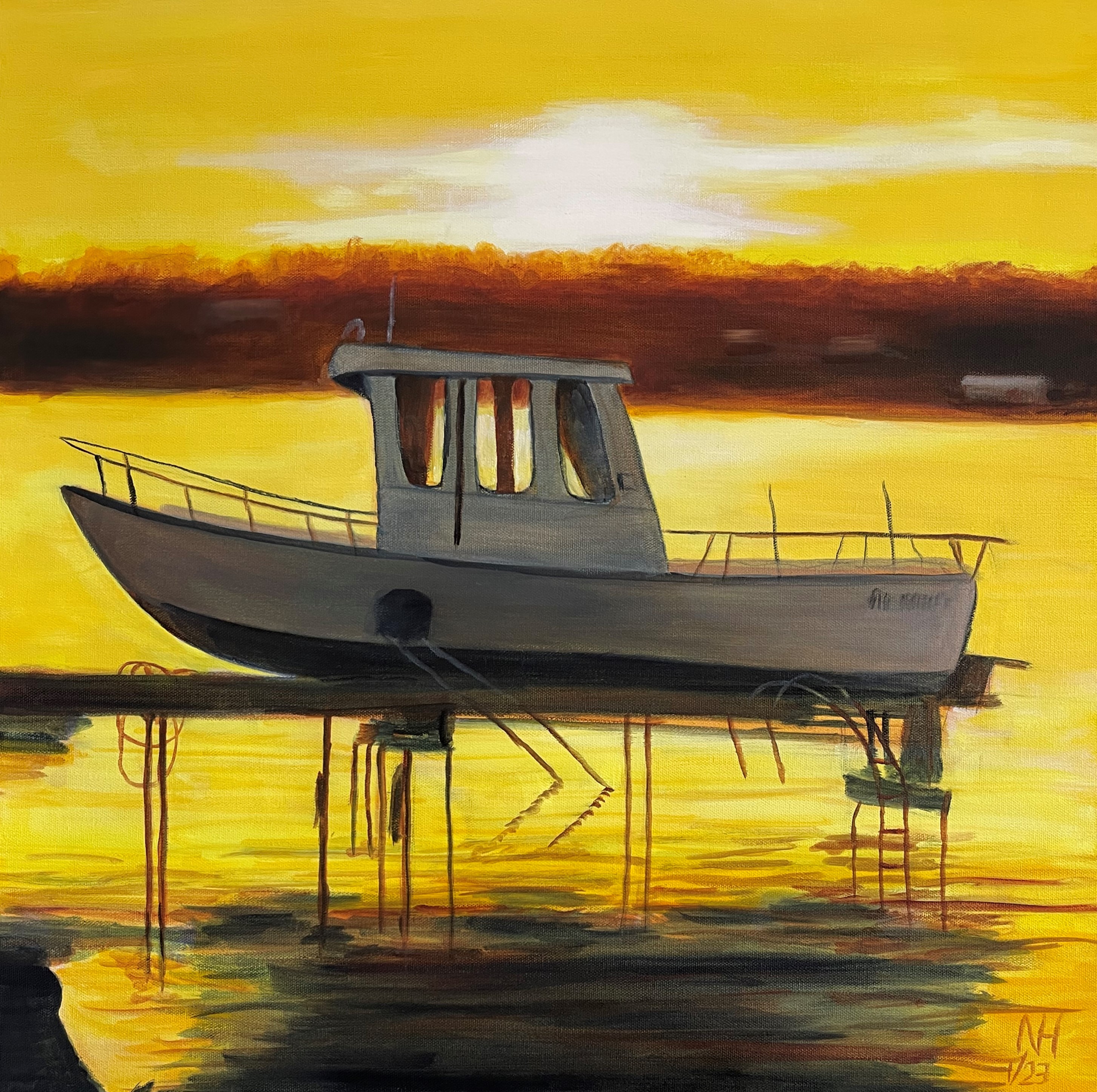 It’s two feet square, the same size as the first one, and the style is quite different from the one I used in 2014. I decided to show more detail and add more realism. Two paintings of the same subject never turn out identical. Here is the previous one for comparison: 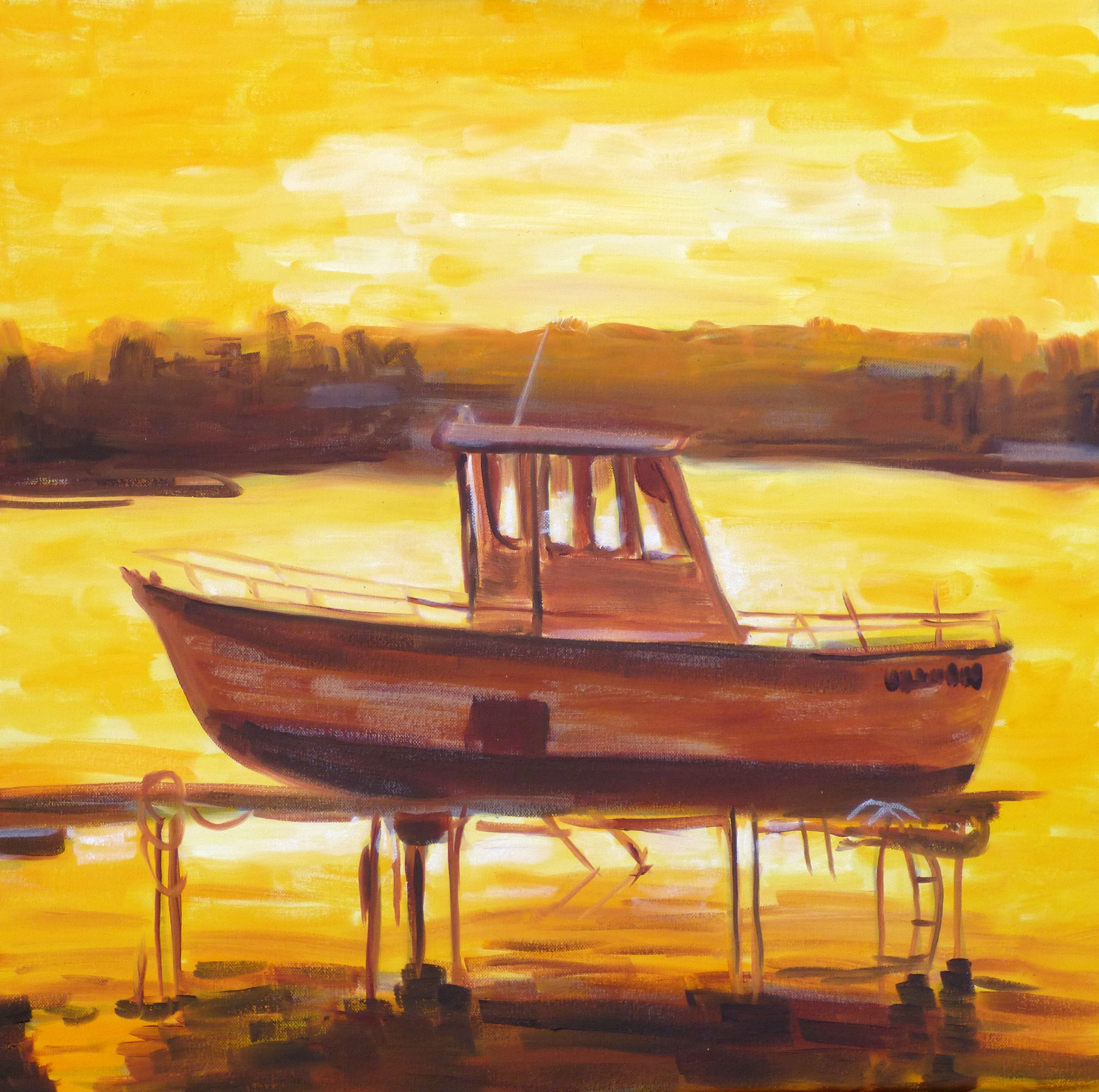 I guess it’s time to mail another package to Kevin’s neighbor to get their new art collection started.

And my painting mojo is back!