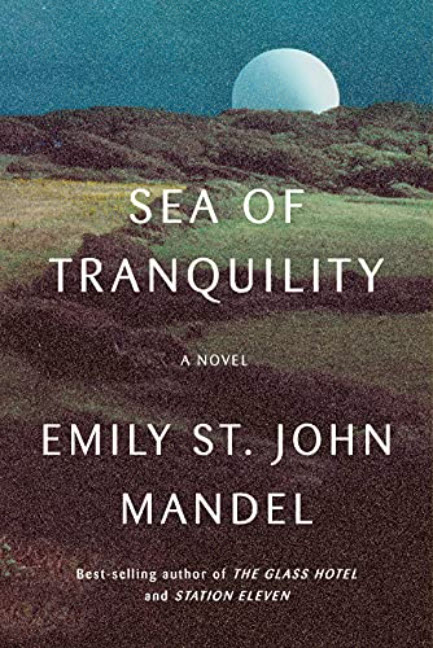 Sea of Tranquility is a misleading title for this book. This is a book about a pandemic (which came out just in April of 2022) which is meaningful as we all have learned a thing or two about pandemics in the last few years. It’s a book about time travel with an unusual twist, and of course it was the time travel part that got my attention first. It has very little to do with what we associate with the Sea of Tranquility, the location of the Apollo 11 moon landing, other than there are several moon bases near that location by the year 2200, two of which play a major role in the plot.

It’s also about the idea or concept that our entire world is just a simulation, an elaborate video game that someone or something else is playing.

The story starts in 1912 with the hapless son of a British aristocrat who has been sent to exile in British Columbia, and plays in part in the late 20th century, and then again in early 2200 and 2400.

There really is not one single protagonist to follow. It’s a group of people and it takes some time for the tale’s threads to get woven together into a consistent tapestry, but in the end it all makes sense.

It made me marvel about what it would be like to live on the moon and it provides some good and descriptive passages. It’s a quick read, and I enjoyed the book.