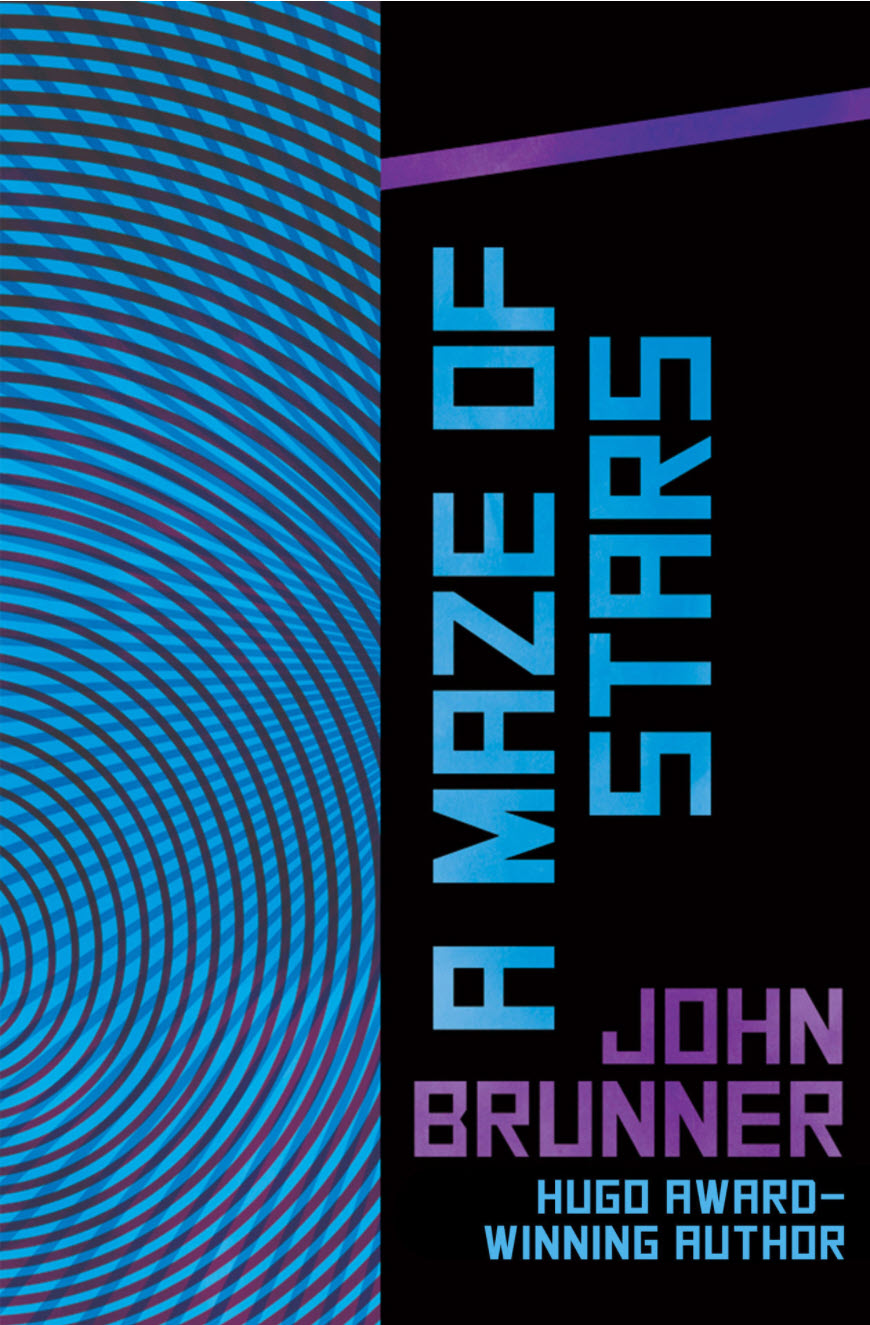 The only other Brunner story I ever read was Lungfish, and here is my review.

Somewhere, sometime in the distant future, humanity has left its birth world, Earth, and developed a starship with a mission of seeding new planets with humanity. After initial robotic missions, “the Ship” takes a load of humans and seeds about 600 planets in “the arm of stars” or just called “the Arm.”

There are about six hundred thousand stars visited by man, and sixty thousand have planets hospitable to life, six thousand have developed life and six hundred have been seeded with humanity. Only about 60 of those are fairly successful, and most of them are in some state of devolution.

The Ship is artificially intelligent and has become sentient. It’s been about 500 years since the planets were seeded, and the ship is on an endless loop, visiting the planets clandestinely and observing the outcome. The only problem is, the ship’s jumps through hyperspace, called tachyonic space in this book, result in various jumps in time in addition to space. The ship can’t control the time jumps. So it sometimes “remembers” the future of a planet it is visiting, because it has been there “before” which was far in the future.

Are you confused yet? I certainly was.

A Maze of Stars has a solid and interesting premise, basically observing what happens to humanity in adverse conditions, left to its own devices. Each planet is different. The ship visits the planets undetected, and it has this amazing technology that it can project itself as a realistic human being on the planet itself and interact with the people. It can also “remote view” scenes on the planet and be an observer. Finally, it can show such remote viewings to its passengers, sort of like an immersion movie.

One interesting premise is that most of the planets are hyper-concerned about germs, diseases and viruses that might come from other planets that they have no defense against. Much of the inter-planet trade or exchange is therefore blocked by the various planets, and interaction is severely minimized.

All of this sounds very interesting, but Brunner has made it completely boring and a real slog to read. Nothing happens. The ship simply visits one planet with a weird name after another. We observe pointless vignettes of action by cardboard characters that appear in one chapter only to completely disappear in the next. There is no story, there is no plot, there is no common thread, there is no suspense. And when there is an opportunity to make it interesting, Brunner misses it. For instance, he describes weird mutations but does not “describe” them leaving the reader helpless. He mentions exotic extraterrestrial animals, but does not even attempt to describe what they actually look like. And there are no sentient aliens in this story, even among 600 seeded planets – not one intelligent alien culture that has productively interacted with humanity.

A Maze of Stars is full of interesting concepts, each worth a book of its own, but none of them explored in any detail. The printed edition of the book was 393 pages long. I read the Kindle digital version, and it seemed like two volumes of War and Peace back to back – endless. It slowed down my reading and made me thirst for novels that actually have some plot, some story that keeps turning the pages.