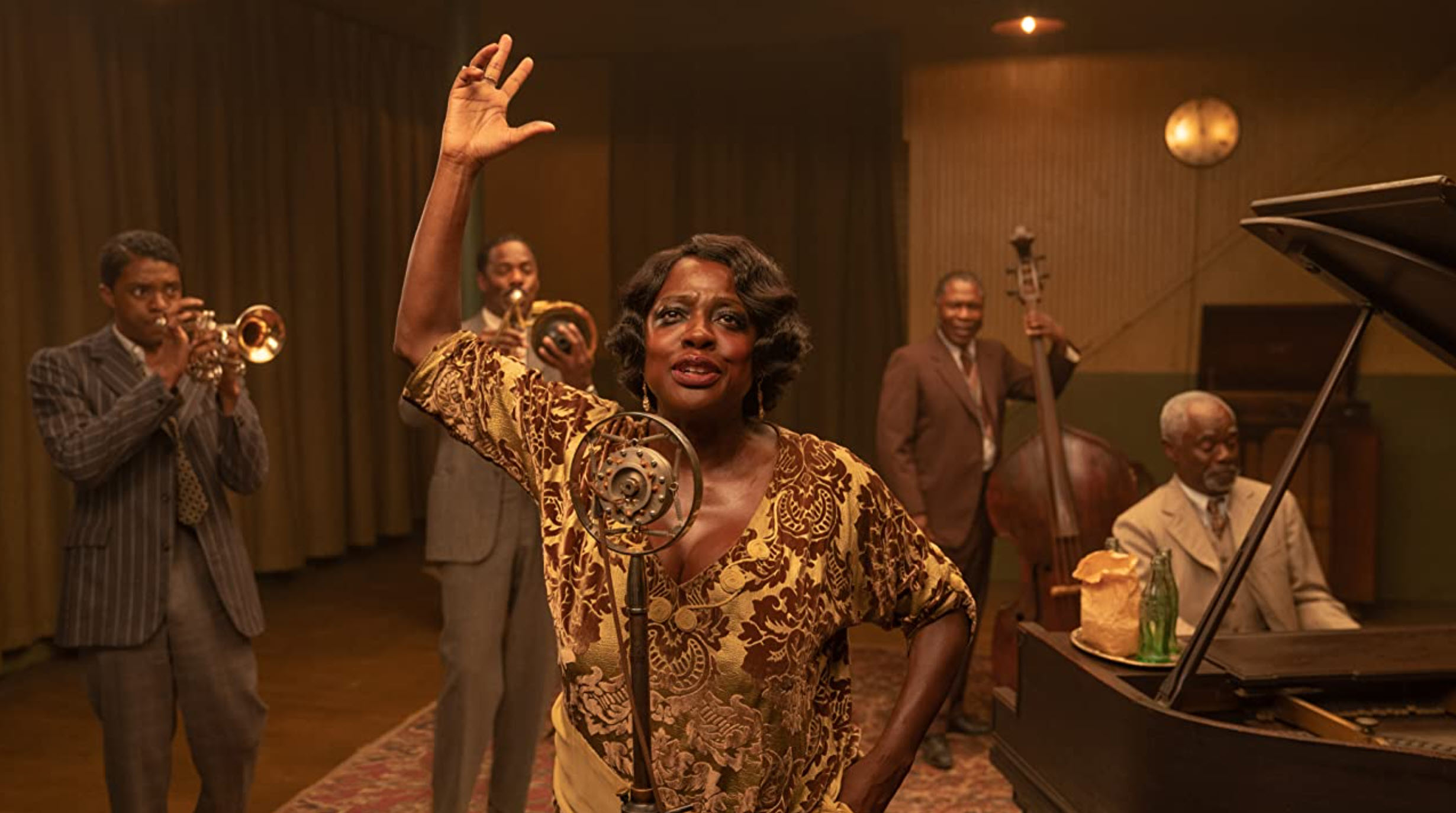 It’s 1927 in Chicago. The legendary “Mother of the Blues,” Ma Rainey (Viola Davis) is recording two songs at a music studio. While everyone waits for Ma to arrive (as she is usually late), the director and the producer are nervous. The band is trying to rehearse, but arguments arise quickly. One after the other, the band members get to tell the stories of their lives.

I didn’t know what to expect from this movie, but I felt like I was watching a play. Sure enough, it was based on a play as I read later. The dialog, the structure, all were taken from the play.

The racial tensions of the 1920s come out loud and clear, and Ma Rainey knows that she has power over “white folks” only because she is a star and “they need her.”

While I appreciated the illustration of racial discrimination and the subject matter in general, I found it was a hard movie to watch and I had to work at staying engaged and interested. It didn’t do too much for me as a movie.