The other day, on my drive to work, as I exited our neighborhood, I came upon this strange picture. Two large birds were in the middle of the road. One of them was apparently working on eating some roadkill. The other one had spread its wings, standing on the median, in an apparent gesture of perhaps guarding its mate while it ate, by looking threatening. 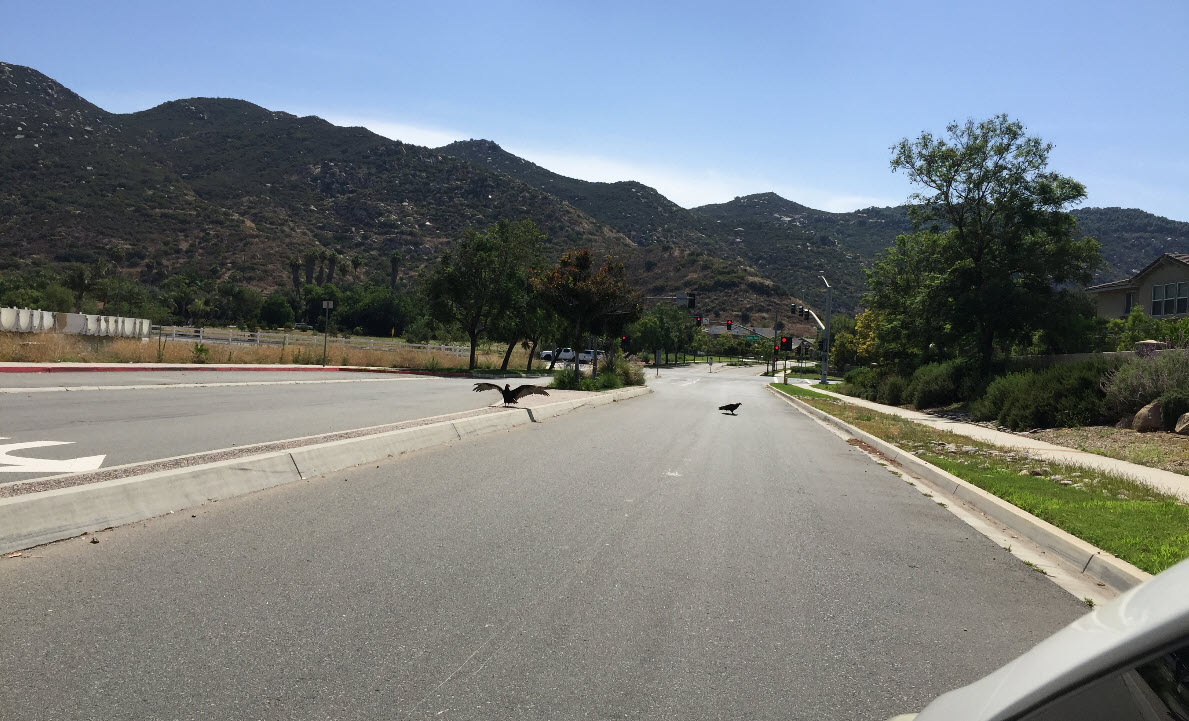 Upon closer inspection I identified them as turkey vultures. Here is a zoomed image. These are large birds. 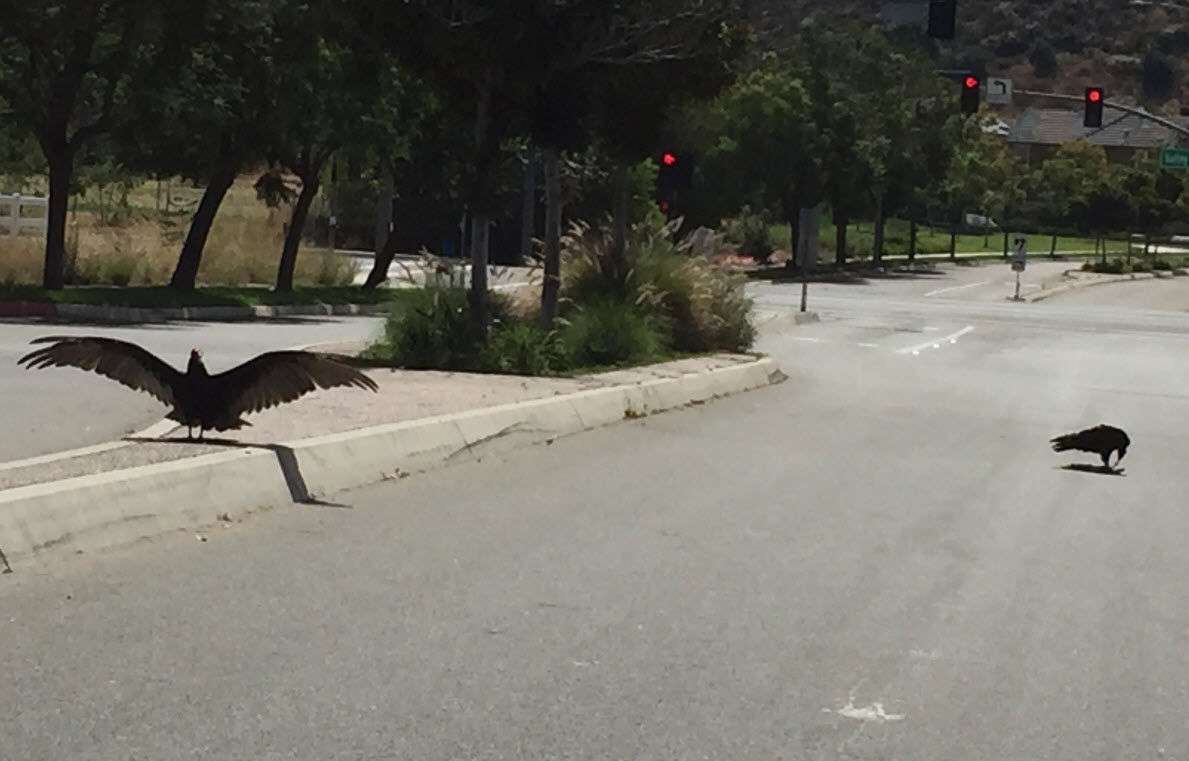 Very slowly I drove a little closer, making sure not to scare them. Here is a picture showing it as close as I got. 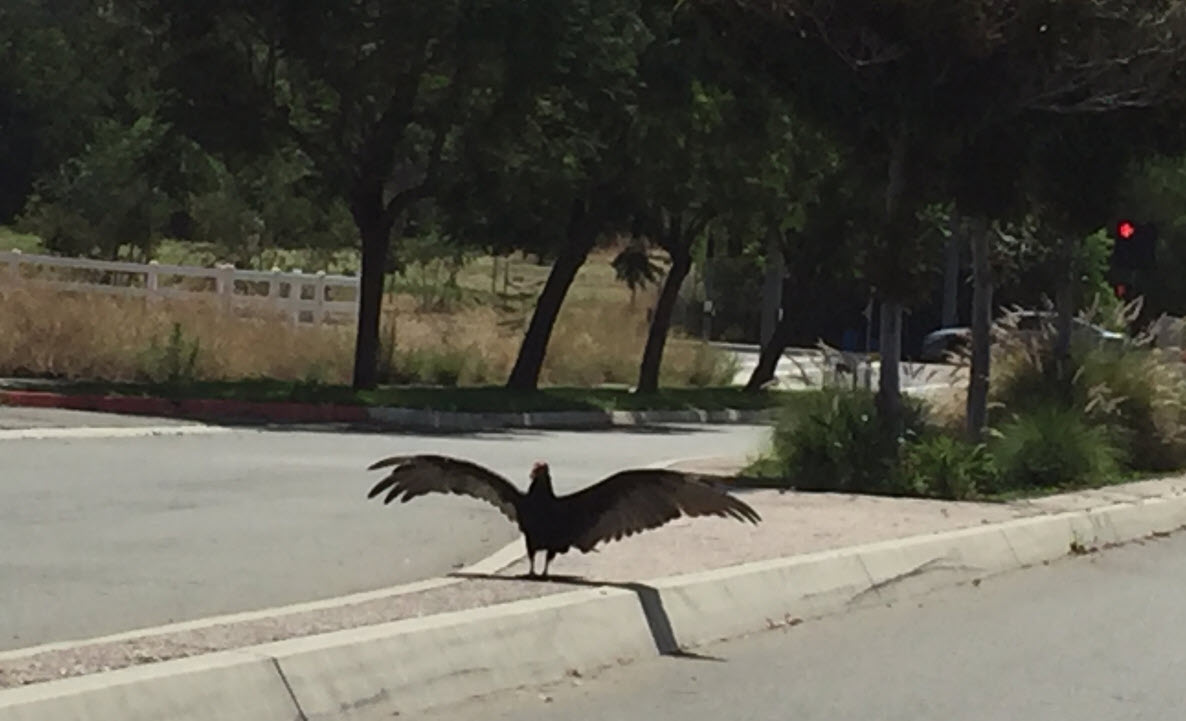 When I inched further along, the one on the road flew away onto a nearby fence to watch me, and the one on the median, which has its wings spread, hopped away from me and kept an eye on me. 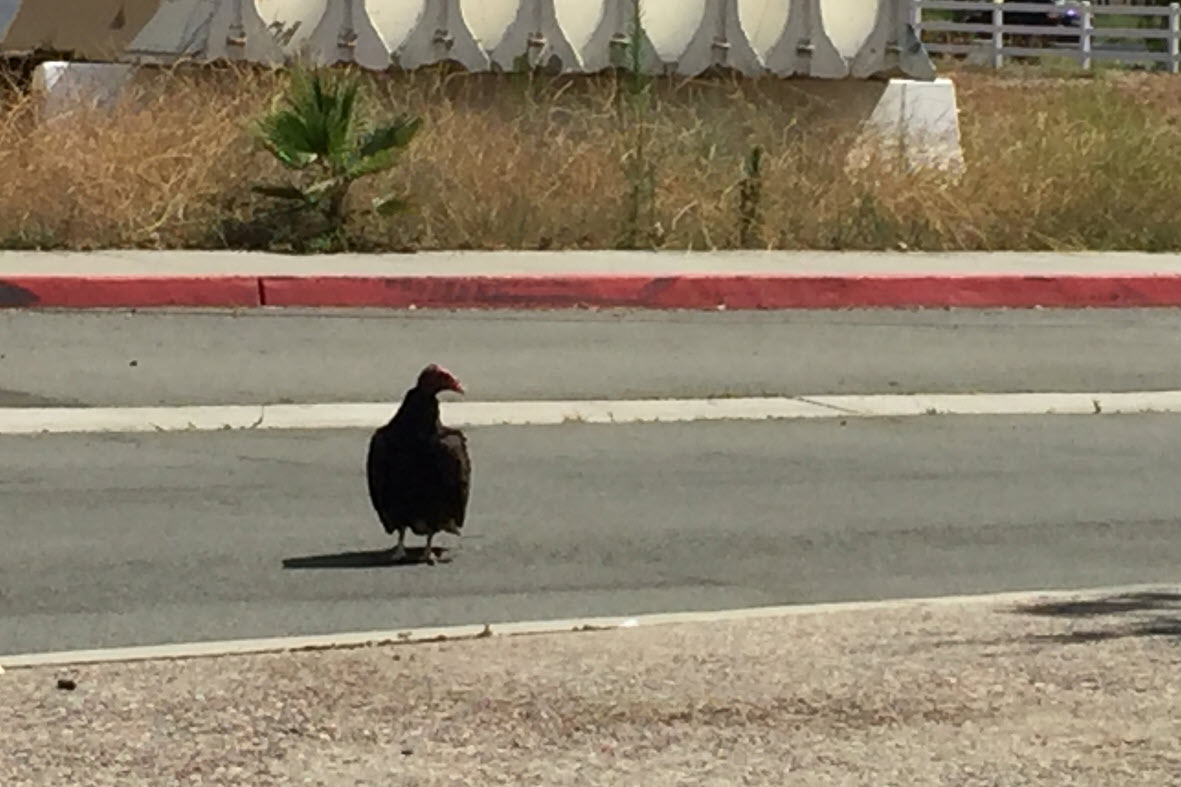 I didn’t exit my car as to not to scare them.

As I drove away I saw that the roadkill they were munching on was a fresh rabbit.

And that is the wildlife in our neighborhood.

I won’t describe the scene the other night when our neighbor found a rattlesnake in her side yard next to our house!