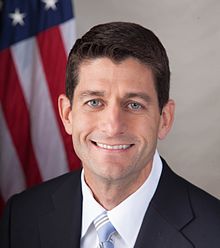 Paul Ryan can’t lose, and he knows it.

I don’t know Ryan personally, I have never met him, but I can see by the look in his eyes that he knows what’s going on in the White House right now is a travesty. But he’s holding tight, he’s walking with the party, because he has a plan.

If the Trump administration goes down in flames, for instance by impeachment due to a constitutional transgression the Congress can’t continue to cover for, we have a Pence administration, provided that Pence does not go down with Trump along the way.

If both Trump and Pence were to go down in flames, Ryan is next in line as the Speaker of the house, and we’d have a Ryan administration.

For 2020, Pence, by himself, is not electable. Since Trump would run again, he’d likely ask Pence to stay on. Pence is too uninspiring a personality to win the presidency on his own.

Ryan will run against Trump in 2020 and he will beat him in the primaries by a landslide. The country will have had three years of a Trump presidency, it will have dozens of scandals to point to, and incompetence to point out. Trump will be toast.

Ryan has already gained national campaign experience with Romney, so he knows the ropes. He also knows he can beat Trump easily. Ryan is only 47 years old now, approximately the age Obama was when he took office. That’s young.

The only question I have is: Who are the Democrats going to put forward to oppose this formidable challenger?

One thought on “Paul Ryan Knows”