Last weekend, Trisha treated me to a night on the Queen Mary. The great ship served from 1936 to 1939 as a luxury liner, then from 1939 to 1945 as a troop carrier, at one time setting an all-time record of ferrying more than 16,000 soldiers across the Atlantic in one voyage. Then from 1946 to the early 1960s, she served again as a cruise ship. However, by then the jet age had taken away the market, and oceanliners were no longer profitable. She was sold to the City of Long Beach in 1967 for scrap value. For the past 49 years, the longest segment of its life, she has served as a hotel, museum, and event venue.

We had a marvelous time and I learned a lot about the history of the ship. Now I want to go on a cruise on the Queen Mary 2, which is still roaming the world’s oceans as a cruise ship. 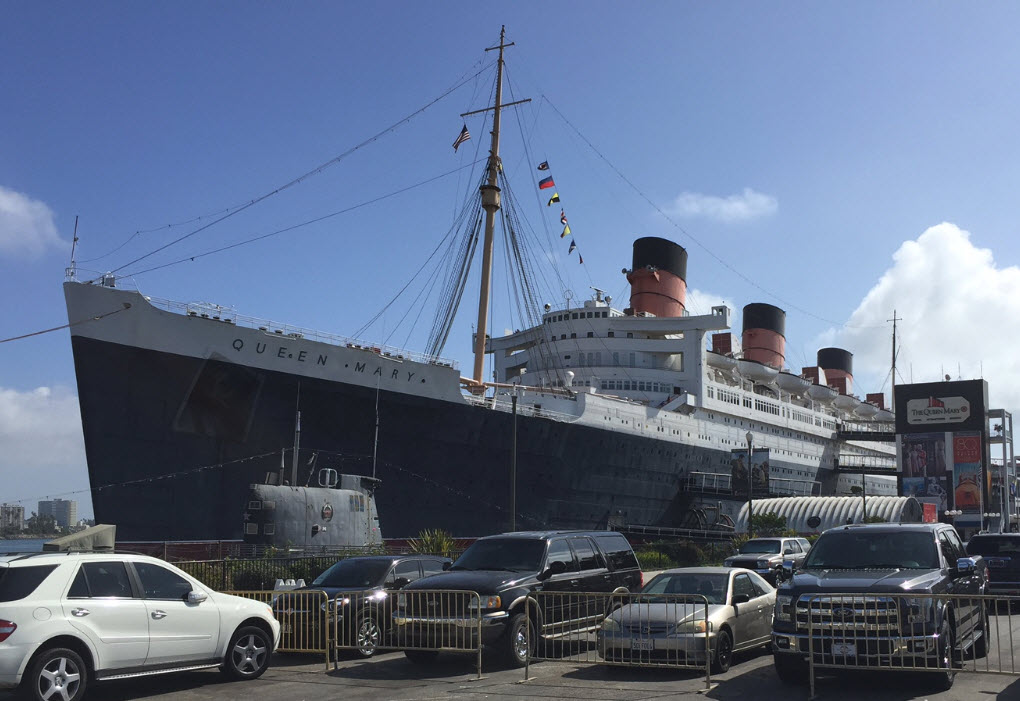 She sits majestically in the harbor of Long Beach, California. 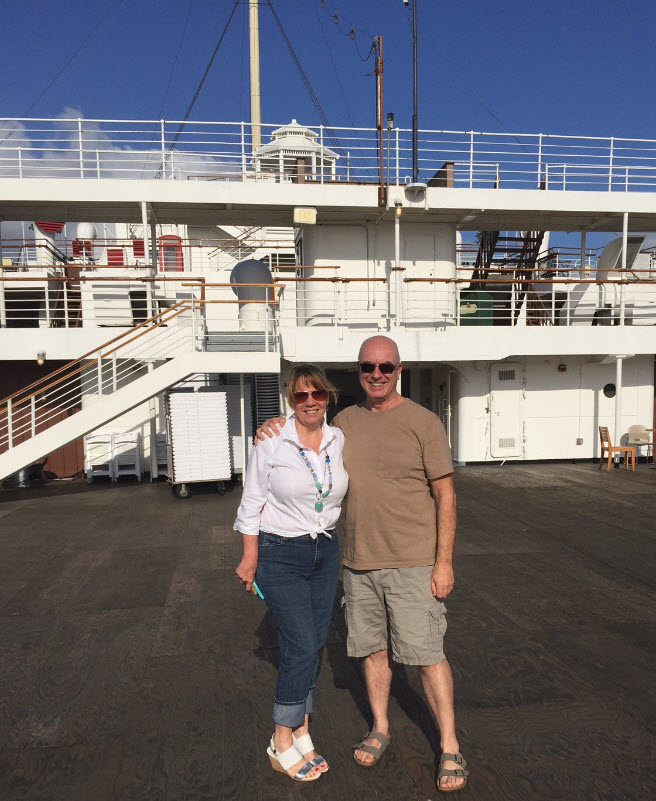 Here we are at the very stern of the ship. Ten more steps and we’d fall off the back end, sort of like Leonardo DiCaprio in Titanic just before it disappeared. 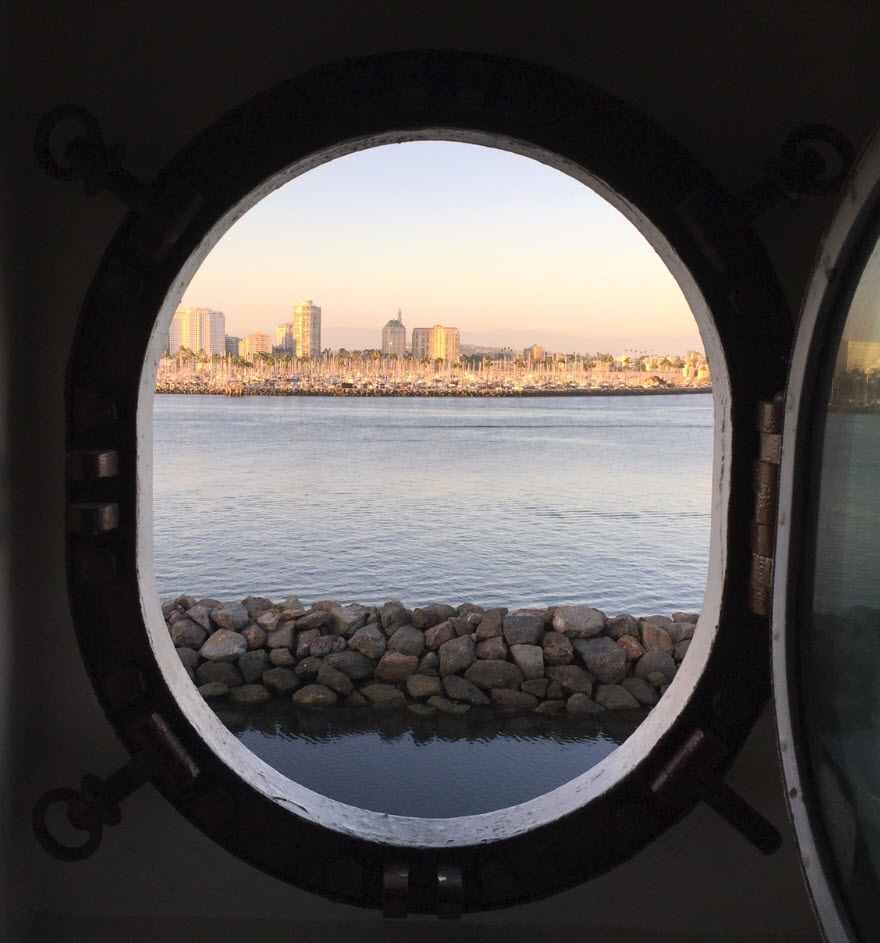 And finally, the view out of the open window of our stateroom.

I read up on the ship, and particularly its endless history of success and failure in Long Beach in this Wikipedia Article.

I highly recommend a visit and a night on the Queen Mary. It’s an adventure into history.