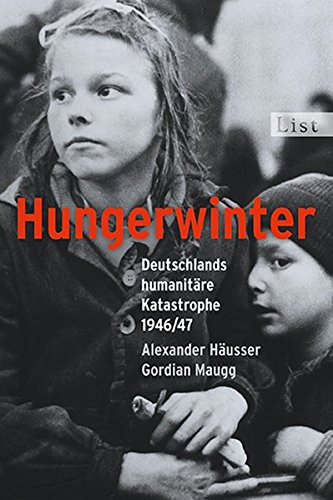 My father was born in 1936 in Breslau, Germany which is now Wrocław, Poland. When I was a child, I remember our father telling us about how there was nothing to eat after the war. He was the second oldest child of six siblings. His mother would cut a loaf of bread in half, and then cut the half into six slices and lay them out on the kitchen counter. Since he was the second oldest, he knew that the second largest slice (from the middle of the loaf) was his. Each sibling was allotted a slice of bread and that was their food for the day.

He recently visited us in the United States and we took him to Claim Jumper, a restaurant known for its American fare and truly huge portions. Unbelievably, my father cleared his plate.

As a child, I was tired of the story of the six slices of bread. I never paid much attention to it. Now that my father is 80, and he shares more about his childhood and youth, I am beginning to understand, after all these years, just how much his entire life was shaped by his childhood during World War II and his youth in the aftermath of  the war. His life was destroyed before it had even really started, and he struggled his entire life to come to terms with the immense damage that was inflicted on his life.

During his last visit in July he brought the book Hungerwinter with him and urged me to read it. It is written in German and I assume there are no translations.

When we think of the end of World War II, we think of Hitler’s suicide in Berlin in May of 1945. Then we realize it took another three months and two nuclear bombs in Japan before the war was completely over. The concentration camps in Europe were liberated, and everyone lived happily ever after.

Nobody thinks much about what happened to Germany after the war. Hungerwinter tells the crushing story of the immense misery of the German people in the aftermath of the war. It is a forgotten story, one that even children of Germany born about 10 years after the war – like myself – never heard much about or had strong feelings about.

Hitler’s folly sent a generation of men into far-away places to be broken and often to die. Sometimes the prisoners of war took two or three years after the war before they returned home. During the war, Germany’s schools were closed. Since all the men were gone, and later all the boys too, everything was left to the women to maintain. Due to the bombing, the country was in ruin and a huge percentage of housing was either reduced to rubble or seriously damaged to the point of being unlivable. Factories had been destroyed by bombs. Roads and railroad lines, was well as locomotives and railroad cars were largely destroyed by raids. Farms had not been kept running during the war, due to the lack of peace, and of men.

When the Russians closed in from the east at the end of the war, they often systematically raped all women and girls, sometime so badly they had to be hospitalized for months afterwards. Many women were broken for life.

Hitler and the Nazis were gone, and the four victorious powers, Britain, France, the United States and the Soviet Union, divided the country into four quarters. Each quarter was administered and governed by its occupying nation. Groceries or raw ingredients, like grain, flower, sugar, milk, potatoes and cheese were simply not available. To top it all off, the winter between 1946 and 1947, was the strongest, longest and coldest winter of the century. There was nothing to heat with, no coal, oil, or wood. There was no infrastructure to deliver coal to where it was needed, to fuel trains and factories, and to heat homes. Hundreds of thousands of people froze and starved, became ill and died.

Hungerwinter tells of what it was like in Germany in 1945, 1946 and 1947, when the rest of the world was glad that fascism was defeated and peace was upon us by introducing us to specific families, and telling us their stories and anecdotes.

The people telling the stories are now all in their eighties, like my father, and it took me 60 years and reading this little book that he gave me, to understand that his life was ruined before it had even started. His mother died in childbirth in 1946, his father, who was gone in the war for the entire six years was a stranger, and the Hungerwinter left the motherless family of six children, with one infant, with a father they didn’t even know, fighting for their survival. Now I know and believe that he never got over what happened to him in his childhood.

I was born ten years later.

One thought on “Book Review: Hungerwinter – by Alexander Häusser and Gordian Maugg”