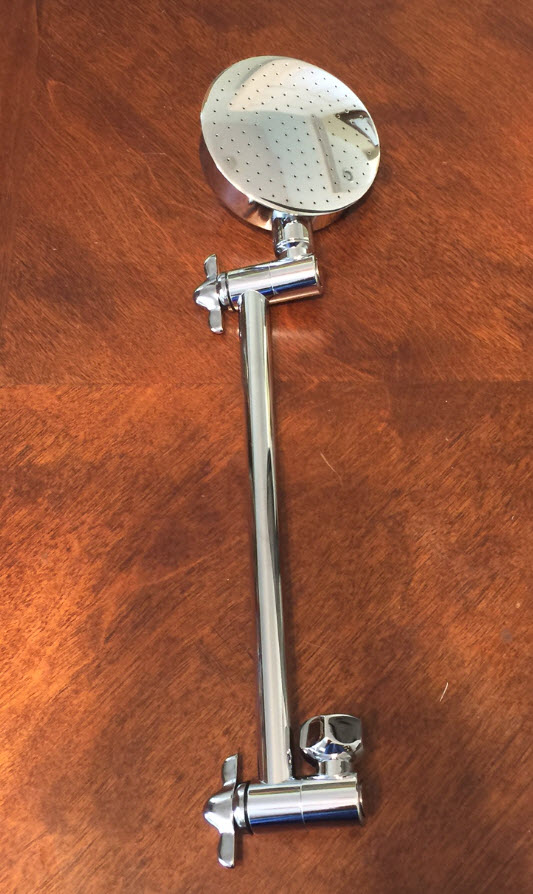 The shower at our house is “unsatisfying” so I went online and searched for shower heads. Finally I found one, I ordered it, paid for it, and waited.

When I contacted the company they said there was some “mixup with my address.”

It turns out, they were not allowed to ship this item to California.

I had to have it shipped to our company office in New York, and then had my colleagues forward it to me in California.

I wonder if the bathroom-appliance-police will knock on my door now when they read this?

Regulation in California is ludicrous. Private citizens can’t buy the shower heads they want. They are trying to force us to conserve water. Yet, for months, I had noticed that at 10:00pm there was this loud splashing going on a couple of houses down the road. After I heard it a few times, I went out with a flashlight and checked. One of the sprinkler heads was broken and it shot a stream of water as thick as my thumb some 30 feet into the air and then down on the road. This fountain went off for months, until I finally broke down and reported it to the association. It’s been fixed, but there is another one in the bushes across the street that I have noticed goes off at about 3:30am on a regular basis.

Nobody seems to care about the enormous waste of water in our automated sprinklers.

But I have to use contraband to take a satisfying shower.

Screwed up, this is.

One thought on “There is Contraband at Our House”