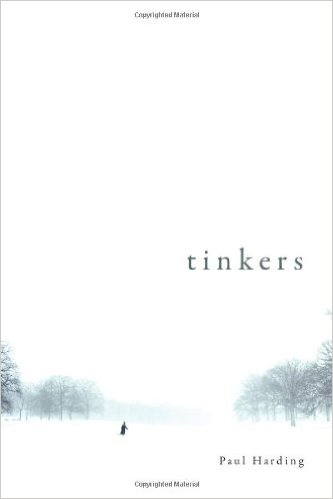 Once again I was seduced into buying a book because it was marketed well. After all, it has won the Pulitzer Prize in 2010.

Reading it I was bored out of my mind, but since it’s a short book, only 200 pages long, I thought I could make it through it just for the “experience.” I gave up at about 25%, when I found myself just turning the pages to get on with it.

There is no character development, no plot, no story, no reason to keep reading on, ever. Check out this random section below. This is what this book is like throughout:

Such vanity! What gall to elect for yourself such attention, good or bad. Project yourself above yourself. Look at the top of your dusty hat: cheap felt, wilted and patched with scraps from the last wilted and patched felt hat. What a crown! What a king you are to deserve such displeasure, how important that God stop whatever it is He is tending and pitch bolts at your head. Rise higher, above the trees. Your crown is already hard to see amid the dust of the road and dirt of the ditch. But you are still remarkable. Rise higher, perhaps to the height where the blackbirds flap. Where have you gone? Oh, there you are, I think. That is you, isn’t it, that wisp inching along? Well, rise higher, then, to the belly of the clouds. Where have you gone? Now higher, to where, if you are not careful, you might stub your toe on the mountains of the moon. Where are you? Never mind you; where is your home, your county, your state, your nation? Ah, there it is! And higher now, so that your hair and the lashes of your eyes catch fire from the sparks of solar flares. On which of those bright bodies do you rule your kingdom of dirt, your cart of soap? Very well, that one. I hope you are right—there is little need for a tinker on Mars. Now higher again, past the eighth planet, named for the king of the sea. And higher again, past the shadowy ninth, which for now only exists in the dreams of men back on—Well! Where have you gone? Which among those millions of glittering facets is where you belong? Where is it you toil and drum and fall to the ground and thrash in the weeds?

Are you captured? Are you dying to turn the page? Are you wondering what happens next? Did the lashes of your eyes catch fire? Or are you glad you made it through this nonsense?

I guess they call this poetic prose. I call it self-indulgent babble of an author in love with his own words. There may be a market for this, but I can’t imagine that anyone actually reads this stuff.

Another Pulitzer Prize winning book that I found unreadable was A Visit from the Goon Squad, where I got to about 25% in January 2012 when I gave up.

Perhaps I need to stay away from Pulitzer Prize winners going forward.

No rating because I didn’t finish the book.