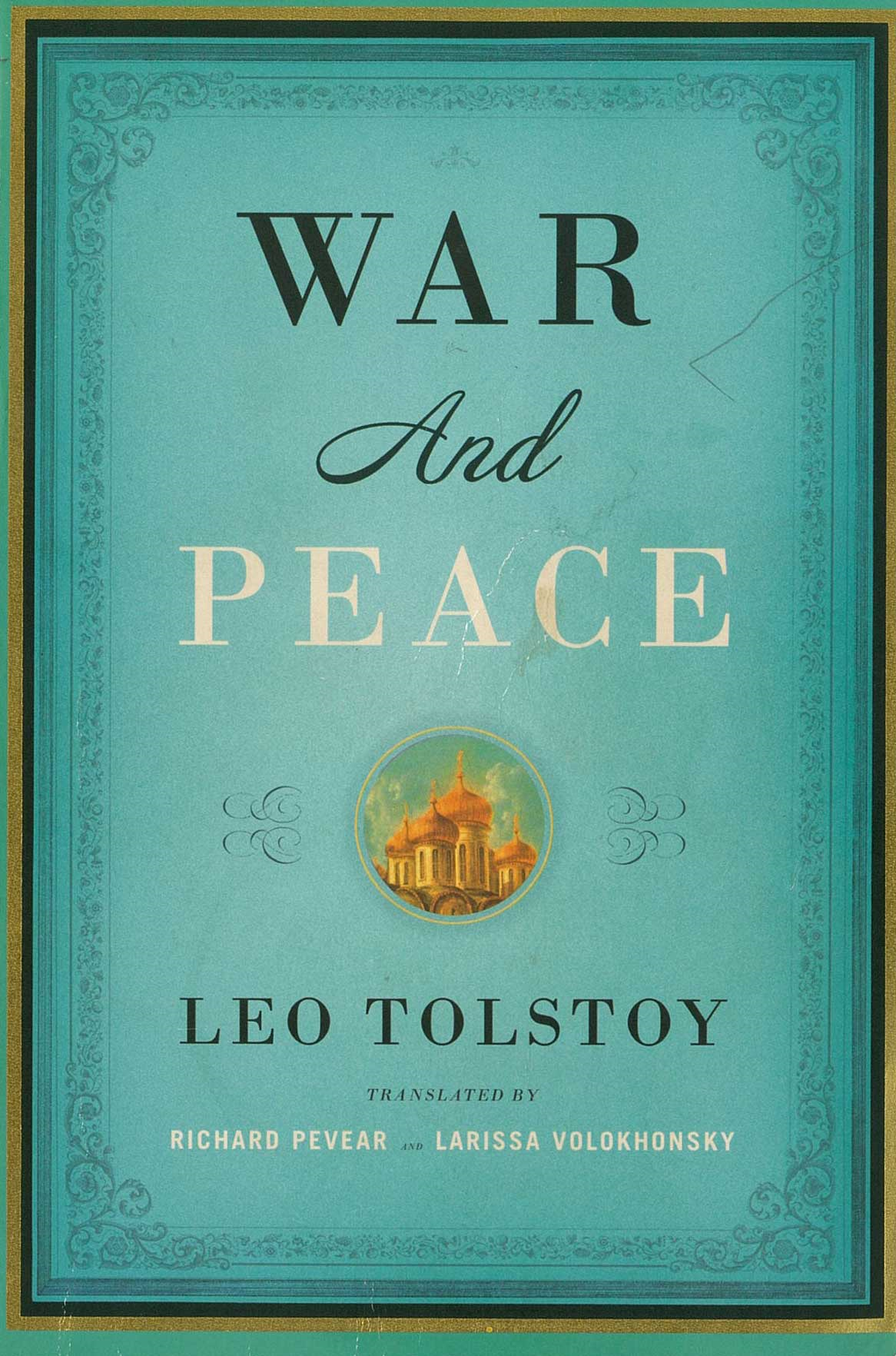 I finished reading War and Peace. I am pretty much the only person I know that has read War and Peace all the way through. If a reader wants to challenge me on this, leave a comment!

With over 580,000 words (in English), the book is listed on Wikipedia’s list of longest books as number 22.

The only books I also know on this list is Les Misérables by Victor Hugo with 655,000 words, and Atlas Shrugged by Ayn Rand with 645,000 words, which I have actually read and reviewed here.

But why am I whining about how long the book is? Because it’s iconic for its length. When our English teacher told us that an assigned essay would not have to be too long, he would say: “You don’t need to write War and Peace.”

It also took me longer than any other book I can remember. I started reading this around New Years 2016, and look, it’s almost Tax Day 2016, that’s how long it took me. I am starving for other reading material. I can’t wait to start another book, any other book!

War and Peace plays in Russia, mostly in and around Moscow, during the Napoleonic Wars, and the central action is the invasion of Russia by Napoleon in 1812. While there are hundreds of important characters in the book, there are some protagonists that the work follows from beginning to end. One is Pierre Bezukhov, an illegitimate son of a count who grows up a misfit and then unexpectedly becomes one of the richest men in Russia when his father dies and leaves his estate to him. Another is Prince Andrew, who becomes an officer in the war. Natasha Rostov is a the young and beautiful daughter of a count who is the object of intrigue by both Andrew and Pierre, and a number of other suitors.

The book follows mostly members of the nobility. We get to learn how Russian nobility lived, and there are enough princes and princesses, and counts and countesses in War and Peace to last me a lifetime. While Tolstoy clearly spent a lot of time and effort describing the lifestyles of the rich, famous and glamorous of Russian society around 1800, I felt that I didn’t learn enough about the lives of the peasantry, the soldiers and the ordinary workers. As it seems, half the book is filled with endless petty conversations between princes, counts and their panderers in the drawing rooms of Russian estates. Real people, the servants, the footmen, the nurses and tutors, are only referenced. They hardly ever talk. It’s as if life only consisted of the one percent.

From reading Anna Karenina (Tolstoy), The Brothers Karamazov (Dostoevsky), Fathers and Sons (Turgenev), all playing in Russia of the Czars, I have a completely different picture of Russian life in its glory days than I do of Russia today, when we think of oligarchs, Putin, Soviets, Stalin, and communism. Read War and Peace, experience how the gentry lived and used and abused the people, and you will understand why the Russian revolution happened about 100 years after War and Peace played. The people, the workers, the serfs, the peasants, they couldn’t take it anymore. Alas, it didn’t last long, and a new breed of abusers took over, not by inherited titles, but by power. That’s what made Russia what it is today.

War and Peace tells a story of epic proportions and provides endless material to marvel about. It is an unforgettable book – and it is very, very challenging to read and finish.

So while it behooves me to give such a classic work four stars, I simply didn’t experience it that way. It’s a must-read, yes, but it’s not a page turner.

7 thoughts on “Book Review: War and Peace – by Leo Tolstoy”