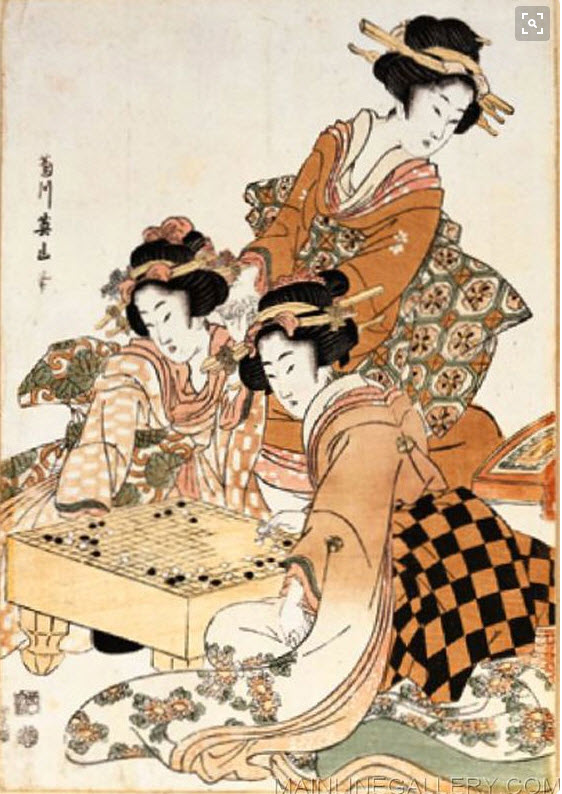 When I was young, I was an avid Go player.

The game known in English as Go—Igo in Japanese, Weiqi in Chinese, Baduk in Korean—is not just more difficult and subtle than chess. It may also be the world’s oldest surviving game of pure mental skill. Devised in China at least 2,500 years ago, it had stirred enough interest by the time of the Han dynasty (206BC-220AD) to inspire poets, philosophers and strategic theorists.

The best players of Go are Japanese, Korean and Chinese. It is very different from chess, but definitely as challenging to learn to play well. Some chess players who learn Go eventually stay with Go over Chess. So it was with me. I learned Go at age 13, and never played chess again. By my mid twenties, I reached the level of 1-Dan, which is roughly the equivalent of a “black belt” in the game, and I was stronger than most people around me. I’d usually be amongst the 5 or 6 strongest people in town, wherever I lived. So pretty good, but by no means world-class or master level.

In 1980, I started working on a computer program to play Go, but never got beyond the rudimentary skills of just making legal moves. I followed computer Go over the years, and by about 1988 I lost interest, partly due to lack of progress, partly because I got too busy with life, raising a family, and making a living. Around that time I also abandoned playing Go altogether, and I am sure I fell severely in the ranks. It would take another year of practice now to get back up to my 1-Dan level.

I always knew that eventually somebody would come up with a computer program that would beat the strongest players in the world.

Without much popular fanfare, this happened last week. Google’s DeepMind, an artificial intelligence program, has won the first three matches out of five (two more to go), against Lee Se-dol, the strongest Go player in the world in Seoul. Here is an article about it.

As a computer programmer in my early years I worked on neural networks, automatic handwriting reading programs, and gaming, including Go. I have always followed the evolution of artificial intelligence. This was a major milestone.

There is now no more game left in the world where a computer cannot beat the best human players. Go was not won against the grand master like it was with chess, where the computer used a brute force technique to just evaluate all possible outcomes as deep as possible to outperform the human master. In Go, DeepMind uses neural networks and artificial learning to evaluate the game, which is way beyond brute force.

I therefore claim that 2016 is a watershed year in the evolution of artificial intelligence.

What happened last week is the artificial intelligence equivalent of Armstrong landing on the moon:

One small step for a computer, a giant leap for artificial intelligence.

5 thoughts on “A Giant Leap for Artificial Intelligence”