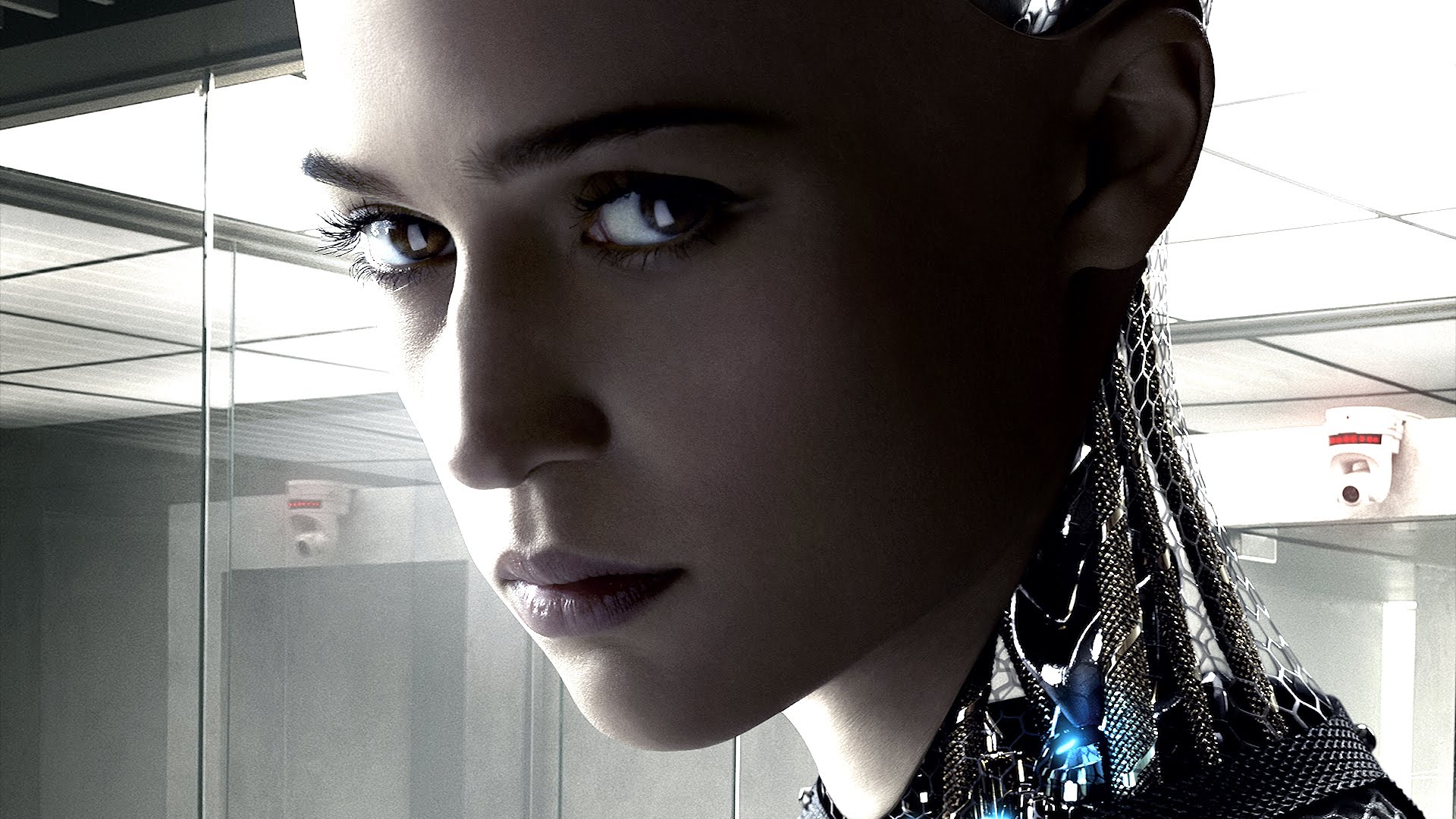 Caleb Smith (Domhnall Gleeson) is a programmer at a fictional Internet search engine firm that performs 94% of all searches on the Internet. Its supposedly brilliant founder and CEO, Nathan Bateman (Oscar Isaac), is a recluse who lives alone in a vast high-tech mountain estate somewhere in Alaska or Canada.

Caleb wins a competition to spend a week at the estate with Nathan. His task is to perform the famed Turing Test on Nathan’s latest creation in artificial intelligence.

The Turing Test was developed by Alan Turing to determine if a machine is truly intelligent. A human asks the machine questions and the machine answers. If the human cannot tell whether the entity answering the questions is a human or a machine, the machine has passed the test.

The machine, in this movie, is a female robot named Ava (Alicia Vikander). As Caleb starts questioning Ava, the two quickly form a relationship well beyond the confines of the Turing Test. Caleb and Nathan soon discover that Ava truly seems to have a mind of its own.

As a computer scientist with keen interest in artificial intelligence dating back decades, I felt this movie was a must-see. I enjoyed the visuals of the concepts of future humanoid robots, even though they were purposely sexualized and in that regard somewhat one-dimensional. The movie’s rating system indicated graphic nudity. I think that label is somewhat over the top. So there are naked-girl robots. The fact that this alone seems to have driven the R-rating of the movie to prevent viewing by a younger audience is disappointing to me. The Internet itself is much more full of graphic nudity than this harmless movie.

For me, the story was way too contrived. I enjoyed the speculation about artificial intelligence and the future of robotic technology. I do not understand why the story had to take place in a high-tech concrete and glass castle in the mountains without any caretakers. Where are the cooks, maids, cleaners, and maintenance people? The whole location seems to have been built to give the Nathan character more mystique. Unfortunately, to me, that character was flawed. Nathan didn’t strike me as a tech genius in any way. He appeared to be a self-absorbed drunk. It didn’t seem realistic that he had created Ava and the other models all by himself in his high tech lab. He was never working. He was always too busy looking mysterious and aloof.

There are only four characters in the movie, discounting the helicopter pilot. With one of the characters, to my perception, being so unreal, the film seemed out of balance. Since it consists mostly of cerebral dialog, with little action, other than sexual titillation by the naked robots, the movie was actually quite boring to me. Most of the time, I struggled to keep from falling asleep. The last ten minutes are clever and captured my attention, and the premise and plot, in the end, made sense. If it hadn’t been for the last ten minutes, I would have given this zero stars. Zzzzzz.

My rating for this movie is quite low, in stark contrast with the general rating and reviews for this film. Cool idea, neat concept, striking sexy robots, but dull and flawed story with one-dimensional humans and no real action.

And a must-see for any computer scientist.