Apple is the most profitable company in the history of the world. Last quarter, Apple made $18 billion profit. The most ever done before was Exxon with $16 billion for a quarter. Ever.

Apple’s market cap right now is around $750 billion, that’s about twice that of Exxon/Mobil, the company that was the largest and most valuable company in the world for decades.

I predict Apple will be the first “trillion dollar company” in the not too distant future. 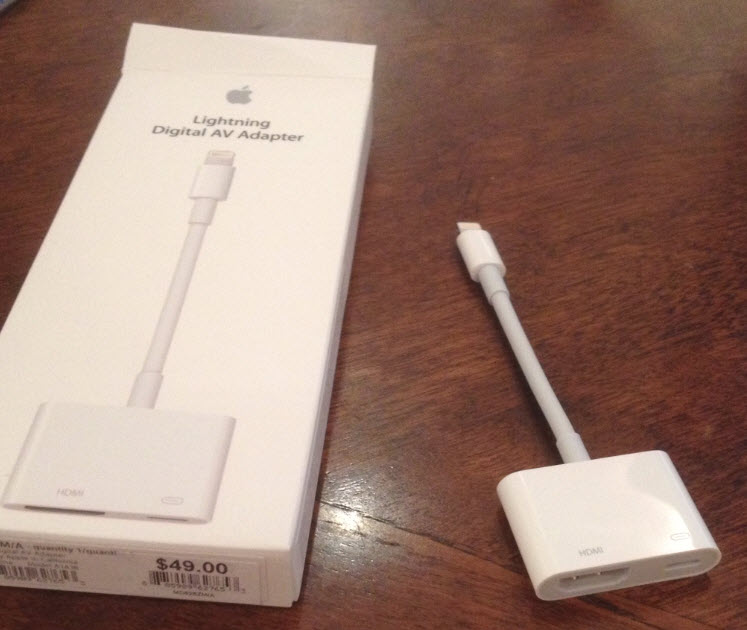 I needed an adaptor to show my new iPad Mini on a projector for a demonstration. So plug it into an HDMI cable, I needed the “Lightning Digital AV Adaptor shown above.

I paid an outrageous $49 plus tax for this tiny piece of plastic and cable.

It made me sick, but I needed it.

And that’s how you build a profitable company.

One thought on “Outrageous Apple Pricing”