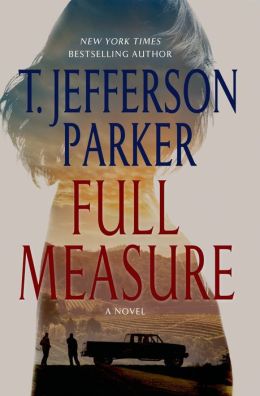 Full Measure is a novel set in Fallbrook, California. You might ask why this matters? Every novel is set somewhere!

For me, Fallbrook is more significant. I lived in Fallbrook a full third of my life, 18 years in all. My children grew up there from infancy and graduated in Fallbrook High School. I ran for the high school board. I started a business in Fallbrook that was a successful icon on Main Street for many years until we moved it closer to the city. I know hundreds of people there. I know all the streets, many of the businesses and all the outlying areas from my many bicycle rides around town.

The author of Full Measure obviously knows Fallbrook extremely well. The story is about Patrick Norris, a 22-year-old U.S. Marine who has just returned from a 13-month tour of duty in Afghanistan and Iraq. He comes home to a family on the breaking point. His brother Ted, at age 26, is a misfit who cannot find his place in life. His parents, Caroline and Archie, are avocado farmers. Just a week before Patrick came home, a huge wildfire swept through town and all but obliterated their groves, threatening financial ruin just before retirement age. Patrick has no interest in farming and would rather be a fishing boat captain out on the San Diego Bay for tourists. But his father calls on his sense of duty to stay with the family in their hour of need.

Patrick has his own ghosts that haunt him. Nightmares of reliving the deaths of his buddies in the war don’t let go. Flashbacks to exploding IEDs and comrades torn apart jump up at him at the most inconvenient times. Does Patrick have the strength to keep his sanity, back home in idyllic Fallbrook, while the country does not know how to deal with veterans and the town is coming apart at the seams?

Parker places the story smack in the middle of Fallbrook. Many Fallbrook businesses are part of the picture. The CVS drugstore, Major Market, KFC on Mission Road, and the well-known Café des Artistes. There are literally hundreds of references to actual, real Fallbrook locations throughout the story. He describes drives on Mission and Main, down Ammunition and back over down to the High School, past Los Jilgueros nature preserve, left on Stage Coach and then up “Holy Hill” or what I used to call “Church Row.” He does make up some businesses, particularly those that are important to the plot. He also invents a city council and a mayor. Fallbrook does not actually have a mayor and a city council, or at least it did not have any when I still lived there in 2006.

Nevertheless, I have never read a novel before where my mind’s eye literally followed along. The writer didn’t have to explain and “show” me much. When he talked about the trailer park opposite the Post Office on Mission, I knew exactly what he meant. I could see it. He described how the park smelled of KFC, and indeed, I have ridden my bike past there and it does smell like KFC because it’s downwind from the restaurant.

I enjoyed reading Full Measure very much, but I wonder if it was because it’s set in a town I know so well? Would I have kept turning the pages for the merits of the story, if it had been set in some town in New Mexico or Missouri instead? I don’t know.

The plot is well-woven and there are some twists and surprises. The author does a pretty good job with the conundrum our nation finds itself in, sending its young people into overseas wars without convincing them that they are actually protecting the homeland. They come home broken, their friends maimed or dead or crazy, and they can’t find themselves back “home” in Fallbrook and thousands of small towns all over the country. That’s what the author wants to show.

Iris, one of the protagonists explains to Patrick how she came to live in Fallbrook:

I drove around the whole county for two weeks, looking for just the right place to find a rental and a job. And of all the extra cool places in San Diego County, I picked Fallbrook, which is the most like Kenton, Ohio.

That quote rang out to me, because some thirty years ago, I did just that: came to San Diego, drove around the whole county for weeks and eventually found Fallbrook as the place to raise a family.

Everyone who lives or lived in Fallbrook must read this book. They will get a kick out of it.