This was photographed by Mark Gee in New Zealand in real-time. There was no editing done whatsoever in this video. Make sure you read the description below the YouTube video:

This is my “Full Moon Silhouettes” short, as seen originally on Vimeo. It is a real time video of the moon rising over the Mount Victoria Lookout in Wellington, New Zealand. People had gathered up there this night to get the best view possible of the moon rising. I captured the video from 2.1km away on the other side of the city. It’s something that I’ve been wanting to photograph for a long time now, and a lot of planning and failed attempts had taken place. Finally, during moon rise on the 28th January 2013, everything fell into place and I got my footage.

The video is as it came off the memory card and there has been no manipulation whatsoever. Technically it was quite a challenge to get the final result. I shot it on a Canon ID MkIV in video mode with a Canon EF 500mm f/4L and a Canon 2x extender II, giving me the equivalent focal length of 1300mm.

And here is a link to his site and how he did it.

This experience reminded me of my own painting titled “Supermoon over Swiss Alps” modeled after photograph one of my friends took while in Switzerland, of the rising moon behind a mountain. 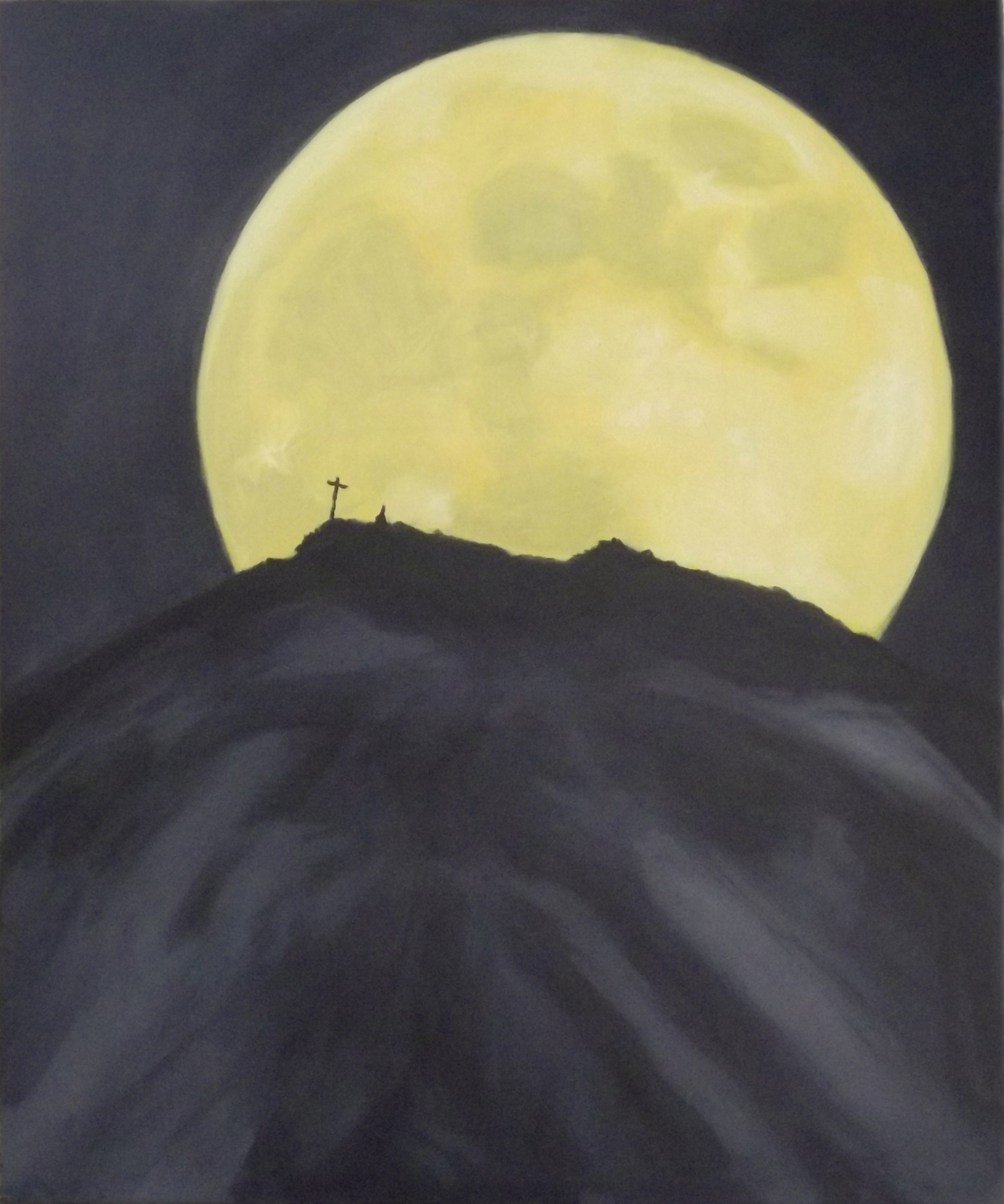