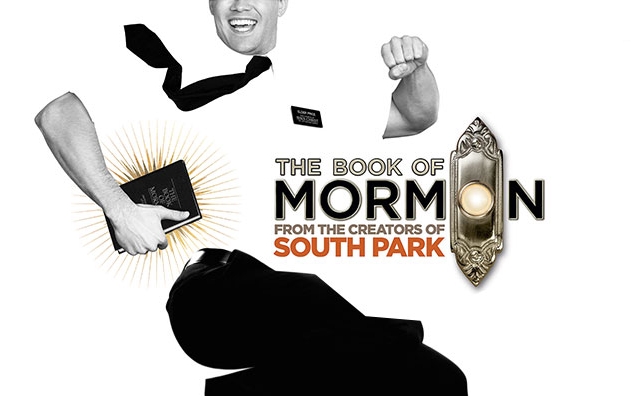 A musical not for the faint of heart, or anyone subscribing to any religion at all. If you are religious, you are likely to be offended by The Book of Mormon.

The story follows two Mormon missionaries to Uganda where they are assigned to share their scriptures with the inhabitants of a village. The locals in Africa, of course, have their own problems, including AIDS, oppression and hunger. Stories in a book about an American farmer two hundred years ago in upstate New York who received the word of God on golden plates do not interest them much, or appear relevant at all.

The Book of Mormon is a religious satire, brutal to Mormonism, but surely offensive to any religion. If you thought that the image of the “missionary position” is compromising, you don’t know what is expecting you. While some of the songs are mild and funny, others are bursting with severe verbal obscenity and extreme graphic imagery of sexuality, wrapped into catchy music and colorful stage play.

Book, lyrics and music are by Trey Parker, Robert Lopez and Matt Stone, the creators of the animated comedy South Park. Lopez was a co-composer and co-lyricist for Avenue Q, another musical I enjoyed very much.

The Book of Mormon does not pull any punches. As an atheist, I thought it was hilarious and brutal at the same time. It was good, funny entertainment. For my religious friends, I would recommend skipping it. I can’t see how they are going to enjoy the musical, with the continuous barrage of off-color, crass humor and ridicule of the God concept, delivered by exposing the peculiarities of Mormonism.

Thanks for the tickets, Devin!