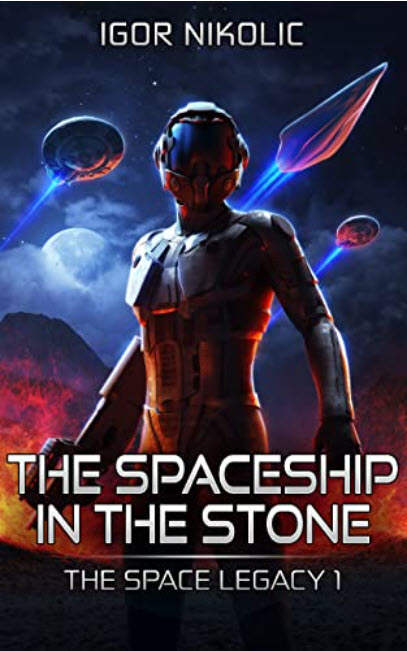 Michael Freeman is an ex-special forces soldier who was injured in the war and is now a disabled veteran. He loses his job and his girlfriend, and he wants to get away to “find himself.”

He was raised by his grandfather in a self-sufficient cabin in the woods. His grandfather has long passed, and Michael goes back to the cabin to get away from it all – with a few six-packs of beer.

When he hikes in the woods behind his cabin, he suddenly falls into a sinkhole or hidden cave, gets hurt badly and passes out. Nobody knows where he is.

When he wakes up he finds himself in a very different world. It turns out he fell onto a hidden spaceship in the rocks below the woods, which has been there for thousands of years, governed by an artificial intelligence, and powered by nano-technology.

Within a few days, Michael, the jaded disabled veteran, turns into a superhero with true superpowers and a mission to change the world with access to all this alien technology.

Of course, soon bad guys show up from all sides making things challenging. Michael assembles a team of ex-soldiers and the battle starts.

The Spaceship in the Stone is a cartoonish fantasy story, of course with a sequel. The characters are wooden, the dialog stilted, the plot contrived and the entire story just over the top.

I finished reading it, though, mildly enjoyed it, but quickly forgot most of the details within the next few days. I was not interested enough to bother picking up Book 2 of “The Space Legacy.”