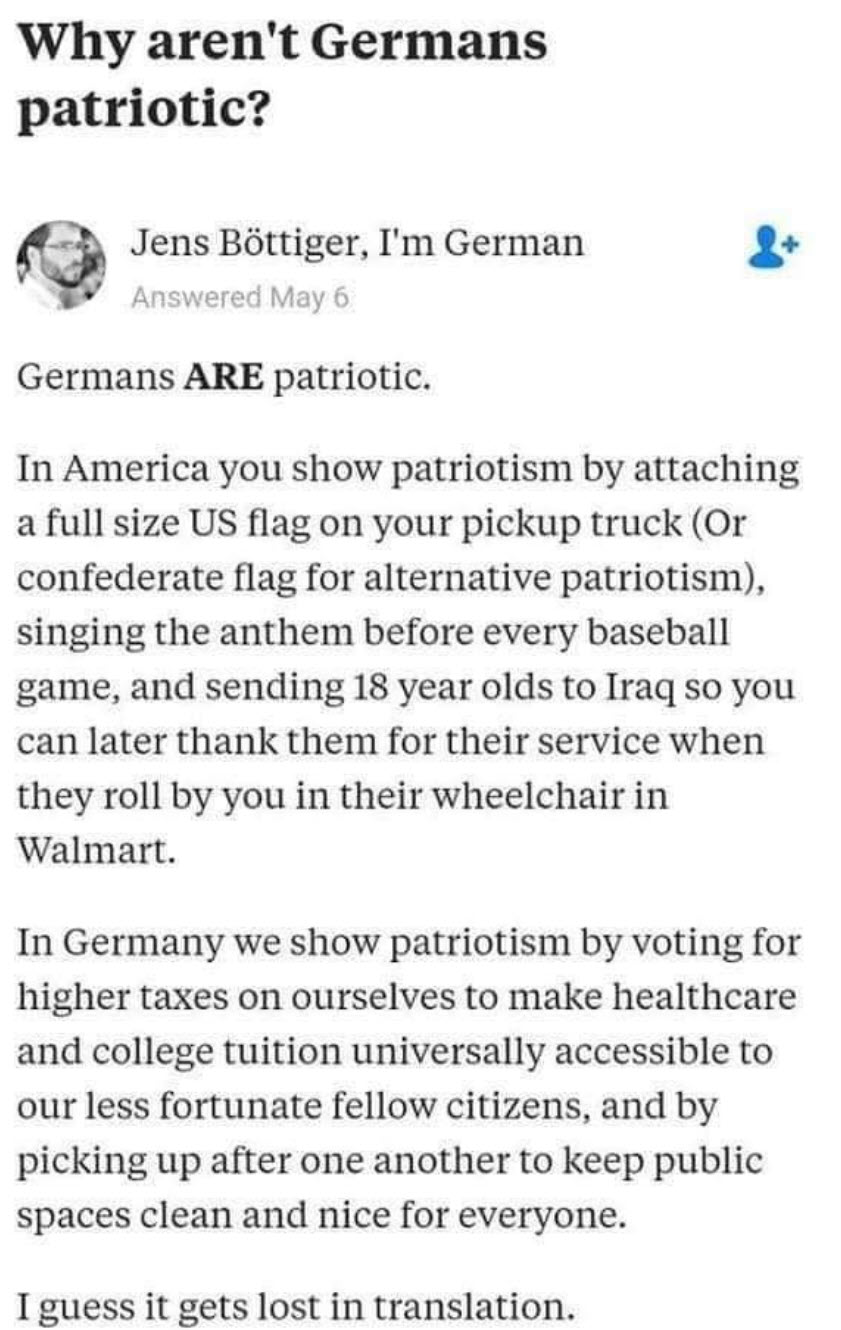 I might add that the modern German soul, to this day, has in its blood an aversion to overt displays of patriotism, like flags, banners, and military parades and all the pomp that comes with it. Germany spent the first half of last century focused on that, being consumed by that type of patriotism, and eventually it was destroyed. Tens of millions of people died.

Modern Germans tend to have an aversion to flag waving patriotism. When they land at LAX and you take them home in your car, they invariably start counting the American flags they see everywhere and ask: Why?