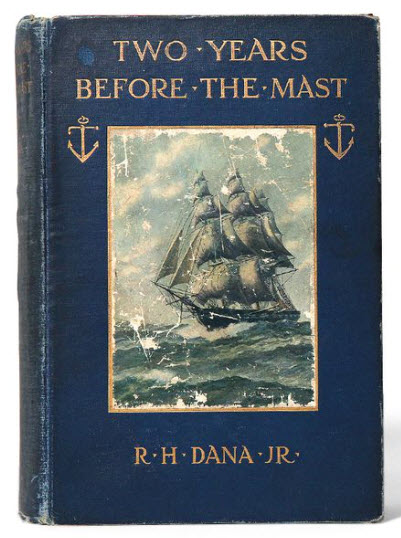 “There’s no time to lose”, I heard her say
Catch your dreams before they slip away
Dying all the time
Lose your dreams and you will lose your mind
Ain’t life unkind?

— The Rolling Stones, from Ruby Tuesday

When I was a youth in the little land-locked German state of Bavaria I never left a radius of about 150 miles around my home town. I dreamed of getting a sailboat and living on my boat crisscrossing the Mediterranean, visiting all the Greek islands I read so much about in my Latin classes. I bought books about sailing. It was a life-long dream.

It wasn’t until I was in my 40ies, living in San Diego, that I started taking sailing lessons. But I really never ventured out much further than the San Diego Bay, sailing out to the “point” at Point Loma, where the bay opens into the Pacific. My dream of sailing the open ocean has faded over the years. I lost my dream, but I didn’t lose my mind…

The day after our wedding was Trisha’s 60th birthday. She hired the Aolani, a great catamaran, to take out all the out-of-town guests for a cruise on San Diego Bay. Here we are boarding:

While on the cruise, our captain was “Captain Steve” and he told us many a sailing yarn and gave us a lot of history of the San Diego Bay, much of which I had never heard before. Here is Captain Steve. I am sitting on the right side in the middle.

It turns out, Steve fulfilled the dream I had but never chased after. He has sailed alone around the world several times, once even achieving a speed record. I was in awe.

Then he recommended a book about sailing: Two Years Before the Mast by Richard Henry Dana. A few days later I picked up the book on my Kindle, and I had no idea what I was in for.

Richard Henry Dana was from the upper class of Boston society and an undergraduate at Harvard College. His father was a poet, his grandfather had been chief justice of the Massachusetts Supreme Court, and his great-grandfather was one of the original Sons of Liberty in Boston. While at Harvard, Dana became ill with the measles which affected his vision. He could not read without great pain. He felt he needed a change, took a leave from college and hired on as a common sailor on the brig Pilgrim, a merchant ship which was ready to go on a journey to California. In those days, that meant the trip had to go around Cape Horn, the southern tip of South America. It took many months at sea and was fraught with danger. He eventually returned to Boston two years later on a different ship, the Alert, owned by the same company.

In the book, Dana tells the story of the two-year journey from the point of view of a sailor. Being a sailor on a ship was as close to slavery as one can get without actually being a slave. Sailors got paid $12 a month. While on ship, the captain was the ultimate authority. There was no law, no protection, no leisure, unless authorized by the captain. The sailors performed backbreaking labor, day and night, holiday and weekend. There was no healthcare, extremely poor nutrition, much brutalization of the men, no justice and no way out. Once you signed up for a journey, you were indentured for the duration of that journey. You didn’t know when you would come back, or, for that matter, if you would come back at all. Many sailors died, from falling overboard, being overworked, getting ill, or from malnutrition.

Dana tells the story of the common sailor, interwoven with elaborate sailing jargon I usually did not understand. Here is a sample:

By and by — bang, bang, bang, on the scuttle — “All ha-a-ands, aho-o-y!” We spring out of our berths, clap on a monkey-jacket and southwester, and tumble up the ladder. Mate up before us, and on the forecastle, singing out like a roaring bull; the captain singing out on the quarter-deck, and the second mate yelling, like a hyena, in the waist. The ship is lying over half upon her beam-ends; lee scuppers under water, and forecastle all in a smother of foam. Rigging all let go, and washing about decks; topsail yards down upon the caps, and sails flapping and beating against the masts; and starboard watch hauling out the reef-tackles of the main topsail. Our watch haul out the fore, and lay aloft and put two reefs into it, and reef the foresail, and race with the starboard watch to see which will mast-head its topsail first. All hands tally-on to the main tack, and while some are furling the jib and hoisting the staysail, we mizzen-top-men double-reef the mizzen topsail and hoist it up. All being made fast — “Go below, the watch!” and we turn-in to sleep out the rest of the time, which is perhaps an hour and a half. During all the middle, and for the first part of the morning watch, it blows as hard as ever, but toward daybreak it moderates considerably, and we shake a reef out of each topsail, and set the top-gallant-sails over them; and when the watch come up, at seven bells, for breakfast, shake the other reefs out, turn all hands to upon the halyards, get the watch-tackle upon the top-gallant sheets and halyards, set the flying-jib, and crack on to her again.

However, I must admit that now I am looking for a book on sailing ship diagrams and descriptions of the rigging, so I understand what the various types of sails are. If I were 40 years younger, I’d hire on a sailing ship like the Star of India and “learn the ropes.”

Speaking of the Star of India – this is the oldest still operating steel hull sailing ship in the world, and it is permanently parked in San Diego on the waterfront as a maritime museum.

Some of the most fascinating parts about Two Years Before the Mast are Dana’s descriptions of California. In 1935, they visited many places in California that are there today, including San Diego, Santa Barbara and San Francisco. The missions in California had been there for centuries even then, and towns had grown around those missions, but those towns were just a few shacks or adobe buildings with hard dirt floors. San Francisco was two shacks down by the water a few miles in from the bay entrance. San Diego consisted of a little “harbor” where the Navy fuel yards are today. The ships docked there and the sailors came to the shore by boats. Since the California trade with the United States at the time was mostly hides, there were four hide houses there. Those were storage facilities for tens of thousands of hides, which the ships brought to San Diego from all over the California coast for curing, drying and treating before they were loaded on ships to be taken to the east coast. Then, a few miles inland from the harbor, where we now have “Old Town,” were a few homes, some merchant buildings, and that was San Diego. The Presidio was up the hill from there. Dana’s descriptions of the California locations I now know so well, having lived here for more than 30 years, are priceless historical references.

But that’s not a modern phenomenon. Dana’s book, published in 1840, was the unequivocal reference book for California used by the San Francisco 49ers (the visitors to the area due to the Gold Rush). Even then the book was a bestseller.

There was a cliff on the coast of what is Orange County today, where Dana and crew, when they collected hides, just threw them down like Frisbees rather than carrying them down the steep cliffs. They did this for a number of visits. He called this spot one of the most romantic spots in California. Well, there is a town called Dana Point on the California coast today, and it was named after the author. I had no idea! I even know a person named Dana, and I will not disclose his last name here, who once told me that his name was Dana because he was conceived at Dana Point on the beach. I wonder if he knows the book Two Years Before the Mast?

Eventually, Dana became a lawyer and was quite active defending sailors and working on making their lives less brutal.

Dana’s trip from Boston to San Diego, California, picking up a load of 40,000 hides, and then returning to Boston, took over two years. That was his two years before the mast. I have traveled from San Diego to Boston and back in 6-hour one-way airline trips many times. The whole journey would sometimes have me away from home no more than 48 hours.

What a fascinating world we live in!

And what an amazing book Two Years Before the Mast is!

3 thoughts on “Book Review: Two Years Before the Mast – by Richard Henry Dana”