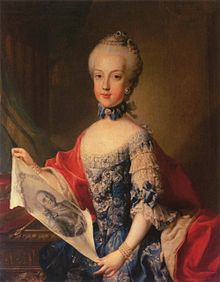 She was the sister of Marie Antoinette, the French Queen who was later assassinated in the course of the French Revolution.

Maria Carolina was apparently a very remarkable woman, effectively running the kingdoms of her husband. She also bore 18 children, most of which died of smallpox. But seven of them survived.

After bearing 18 children, she found time to have an affair with her favorite diplomat, the Englishman John Acton, whom she elevated to Prime Minister of Naples.

One thought on “Queen Maria Carolina of Austria – A Woman Prolific”