Until a few days ago, I had never heard of Hobo Nickels before. Here are a few examples: 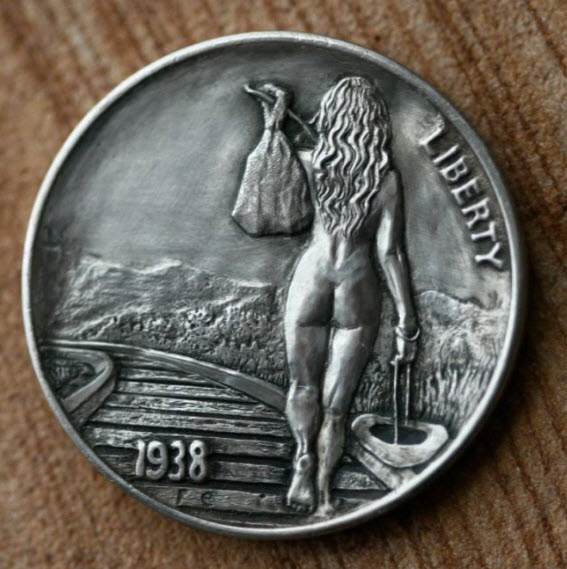 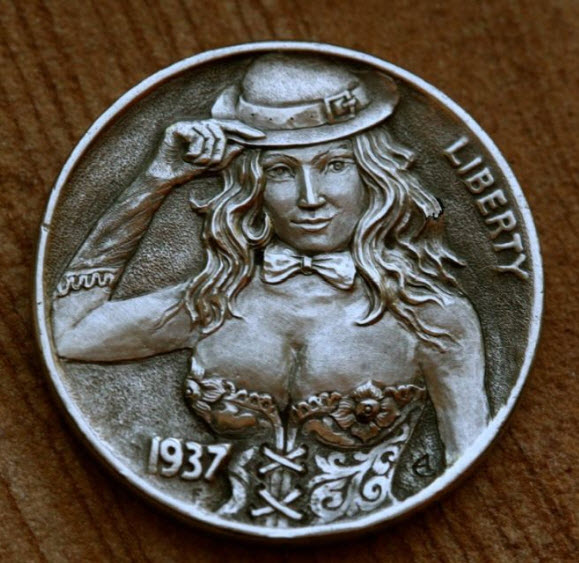 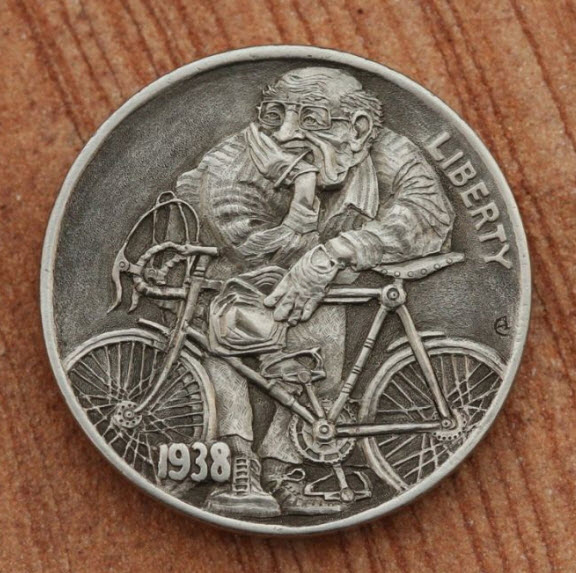 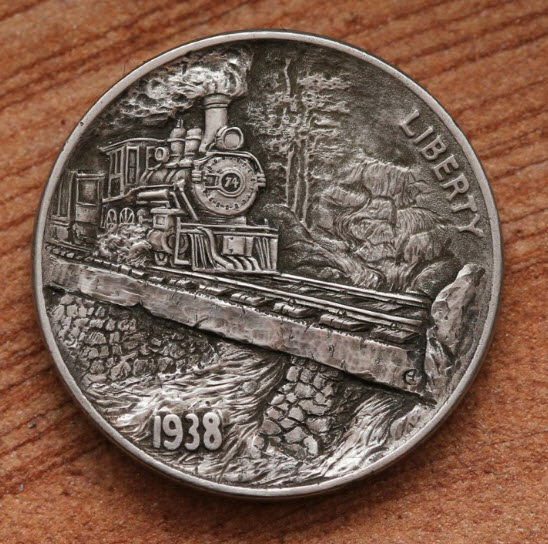 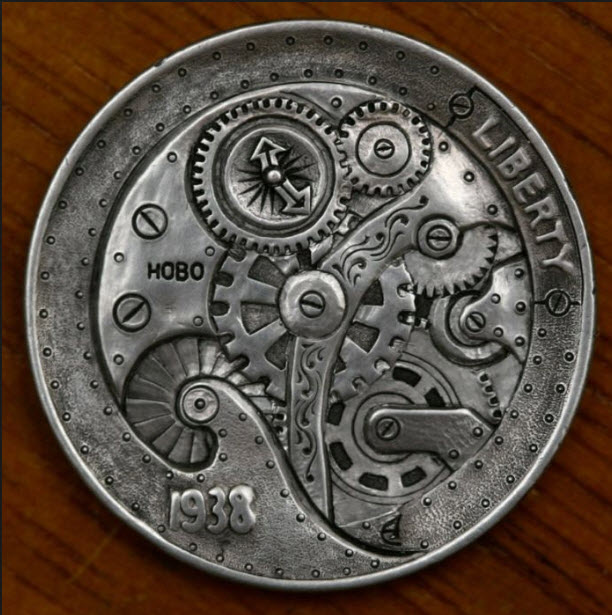 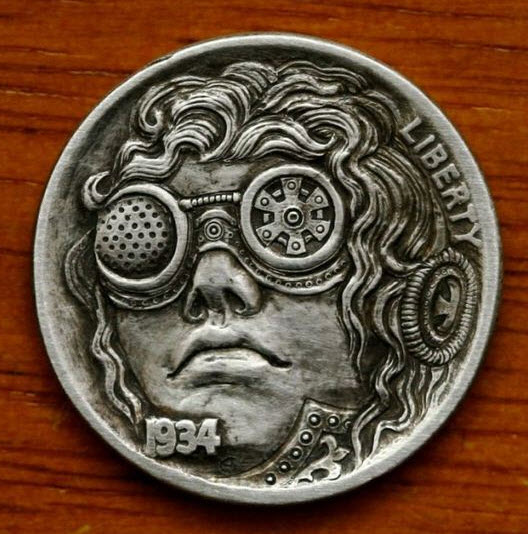 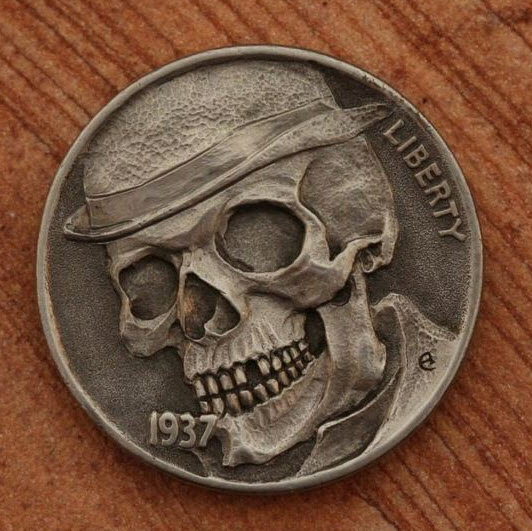 You can google them and find thousands. Here is a description of the tradition:

There is actually an interesting story behind this tradition.

Coin engraving gained a strong following in the United States after the introduction of the buffalo nickel in 1913. This new nickel had a thick profile which allowed greater detail when carving the coins. The emergent popularity of this new art-form combined with an industrializing west coast created a unique art market that hadn’t been seen before in the United States. With California rapidly becoming an industrial center in the western US, there was a large amount of wealth being generated. Additionally, there was very little in the way of luxury goods out west for much of the early 20th century. The booming Californian economy combined with a severe lack of luxury goods created a demand for some unorthodox forms of art.

The most prominent new art form in the western US was the hobo-nickle. Largely worthless before the 1920’s, the hobo-nickel quickly became a fashionable collector’s item that the wealthy fawned over. Demand skyrocketed seemingly over night, and by 1924 an in demand hobo-nickel commanded as much as $1000.00 dollars at auction. This led to a booming cottage industry where people would buy, sell, trade, and appraise these previously worthless pieces of currency. Demand became so great that one famous artist, John Buckley, went from homelessness to fabulous wealth, solely from the sale of hobo-nickles.

The fervor for hobo-nickles intensified, and eventually wealthy collectors began chartering trains to bring the homeless from the Midwest in order to carve nickles full time. Art houses dedicated to hobo-nickles became commonplace, and by 1927 hobo-nickles comprised roughly half of the Los Angeles fine art market.

However, like many unsustainable businesses, the foundation of the hobo-nickel market started to show cracks. In 1929 the supply of hobo-nickles began to far outpace demand. This, combined with the emergence of real artists starting to emigrate to the west coast, caused demand to plummet. Within six months most of the hobo-nickles were so devalued that people began trying to deposit them in banks. Several stubborn collectors held onto their hobo-nickles waiting for the market to rebound; however, many wealthy families lost fortunes before they realized that hobo-nickles had no real value. The hobo-nickel bubble had finally burst.

And we thought fads are something new. Pet rocks, “Baby on Board” signs, hula hoops, cabbage patch kids anyone? Long before any of those, there were hobo nickels.

I would like one though. I’d probably pay good money for one.