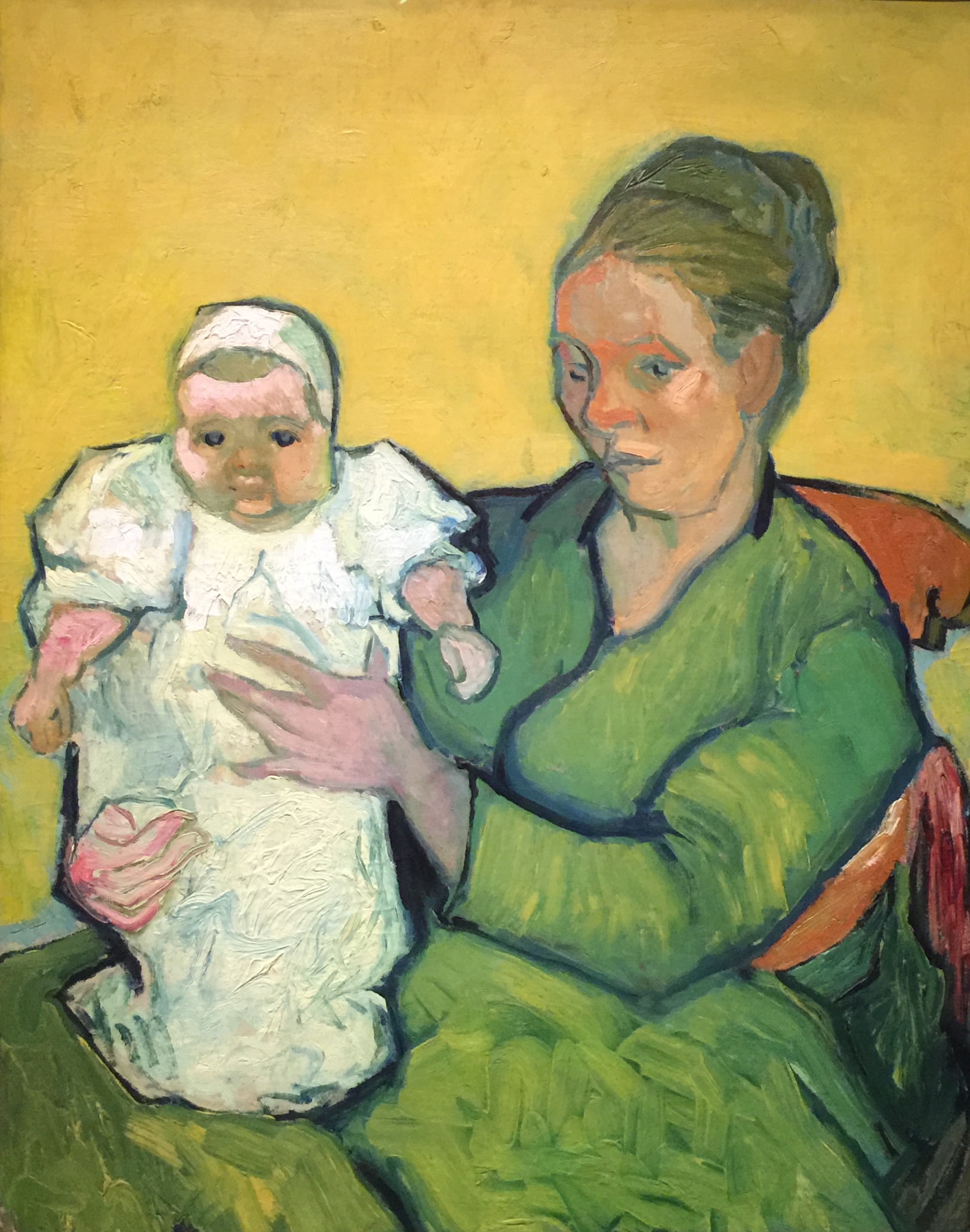 At the Philadelphia Museum of Art there are only a handful of van Gogh paintings. The most prominent one is one of his sunflowers. Mother Roulin and her Baby is another, less famous one.

Van Gogh painted a lot of pictures of Mother Roulin, either by herself, or with her baby. There are also several paintings of just the baby, as well as a few charcoal or pencil sketches.

I took this picture at the museum off the original with my iPhone. It brings out the colors well.

The colors are truly van Gogh, and so are the brushstrokes and the free style. Circling the outlines of figures with cobalt blue is a common van Gogh technique.

But really, look at the lack of finish work of the hands, the mother’s face and, most importantly, the face of the baby, which looks like a panda.

If one of my paintings ended up like that, I’d wipe that face and start over again, and over again, until it looked like a baby’s face. Madame Roulin was probably not very happy with this and probably didn’t hang the painting up, unless Vincent was in the house. “Wow, your baby is ugly,” visitors would have said.

But who am I? Just a guy who has done a hundred paintings in his life and painted over another 500 because they didn’t turn out, sort of like van Gogh’s Roulin painting.

But he died and then became Vincent van Gogh. And that makes Mother Roulin and her Baby special, world famous and very valuable.