Are you flushing baby wipes down the toilet? Or – ahem – condoms?

Recently there was some media attention on this, originally triggered by a piece by Matt Flegenheimer in the New York Times. It was also picked up by All In with Chris Hayes on MSNBC. Chris visited a New York sewer treatment plat and showed what the workers have to go through, removing the wipes from the sewer. Large containers of unimaginable “trash” fill up every twenty minutes. Workers have to remove the stuff from the works, which get gummed up by the unimaginable “trash.” Fortunately the TV does not transmit the stink. 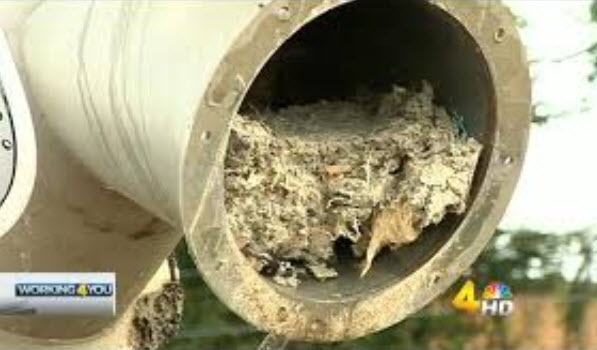 Then I saw this article on the blog grist.org talking about flushing condoms down the toilet.

We have this idea that whatever we flush down the toilet magically disappears from the world. That dead fish or mouse may well make it out of our apartment or house. That condom likely slips along, that baby wipe is small enough to be whisked away. But somebody down that long line of pipes will have to remove it from the water and haul it to a landfill.

So rather than throwing things down the toilet – which is not a recycling unit that we see on spaceships in science fiction movies – it would be a lot cheaper for society to put that stuff in the trash. The trash truck is a lot cheaper than the entire chain of events it takes to remove the condom from the water and put it into a – you got it – trash truck to be hauled to the landfill.

I learned a lot from the New York Times article, the MSNBC piece and the Grist blog entry. If you are buying “flushable” wipes, if you are “buying it” that these wipes just disappear in the sewer system, you might be interested in researching these articles I am linking to.

Let’s not flush money down the toilet.