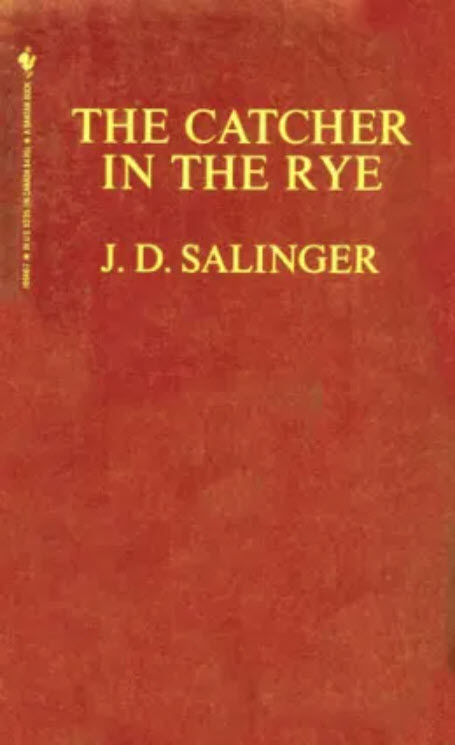 I read this book many, many years ago and always considered it a great classic. It seems that this book is required reading in all high school English classes. However, both of my children somehow have bypassed it. I was reminded about the book again when watching the Mel Gibson movie Conspiracy Theory where he plays a paranoid compulsive person who has a foible of having the urge to buy the book The Catcher in the Rye whenever he goes into any bookstore.

So, as Holden Caulfield would narrate:

The thing I did then, I went to Barnes and Noble and bought this book The Catcher in the Rye by J.D. Salinger. Old J.D. really knew how to tell a story. He really did. So I took it home and started giving it a read, just for good old time’s sake. It really killed me, how old Holden was telling this story in his own words and the whole book really plays within a twenty-four hour period and all. He talks about how he is getting kicked out of Pencey, this school he is going to, and how he is afraid of going home and tell his parents, if you know what I mean. So old Holden Caulfield is getting into one trouble after another. He seems sort of desperate for company, so he keeps giving friends a buzz on the phone all the time, no matter whether it’s night or day. He really needs somebody to be with and talk to, but he freaks everybody out and nobody gets through to him, except for his little sister Phoebe. Phoebe is just a little kid, she really is. But where all his teachers and friends fail and don’t get through to him, Phoebe just touches him deep down and sort of rescues him from demise.

It only took me a few days to read The Catcher in the Rye again, and I loved it. I am thinking I should write a book in that style. It’s not an easy style to work, and I suspect most starting writers will trip up on it. I also feel that probably every goddamn fledgling writer in the whole world wants to try to use old J.D. Salinger’s style because it’s so different, and all the writing teachers talk about it and all. I don’t mean to say  that I want to write like a sixteen year old kid, like old J.D. does in this book, but I mean writing in the first person, telling a story to the reader as if he were goddamn sitting right in front of me, if you know what I mean. That kills me, that I want to write like any other writer. It really does. Who am I kidding?

So, go ahead and give The Catcher in the Rye a read. It’s worth it. Trust me.