I don’t care much for HP monitors and computers, but their printer technology, which is what they originally became known for, seems unbeatable. When I started our company in 1993, I first bought an HP 4L laser printer. It had a neat small footprint, cost about $500, and printed 4 sheets a minute – that was a whopping speed then. We soon expanded, and needed a laser printer off the server that all of us could access. So we bought an HP LaserJet 6P. 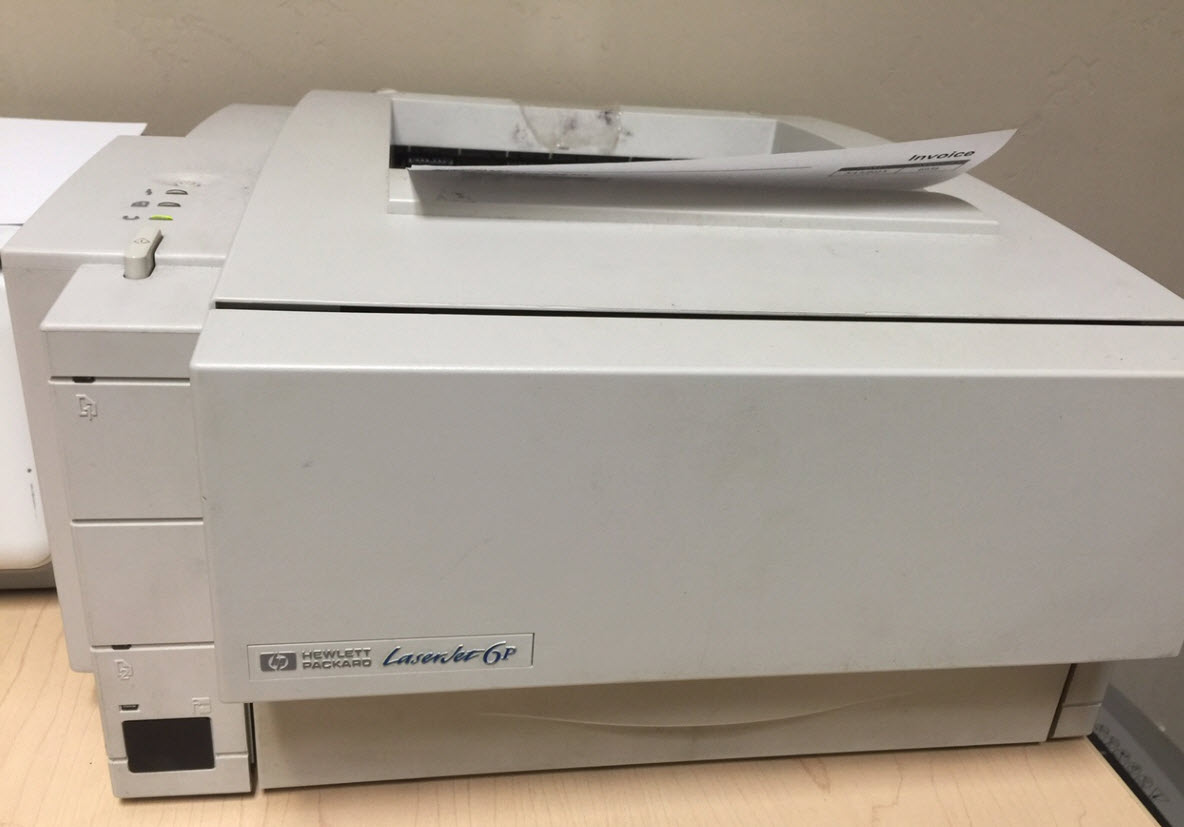 This printer was somewhat faster and had a sheet feeder in the back. After a number of years, when we bought the next enterprise printer for color printing, we reassigned the old 6P to the accounting office for check printing and occasional reports.

For 20 years, it just kept chugging away. Last week there was some problem with the drum, and we could have spent a hundred dollars on labor to get it fixed. So we decided to finally retire it.

With a bit of sadness and nostalgia, I bid it farewell.