“Donald Trump is going to be our president. We owe him an open mind and the chance to lead.”

I say we owe Trump nothing. He owes us, and he owes his supporters. I will treat Trump exactly how he has treated me and millions of others. I didn’t vote for him and he labeled me his “enemy” in a recent tweet. Trump shows nothing but disdain for others. He acts like this is all about him and him alone: 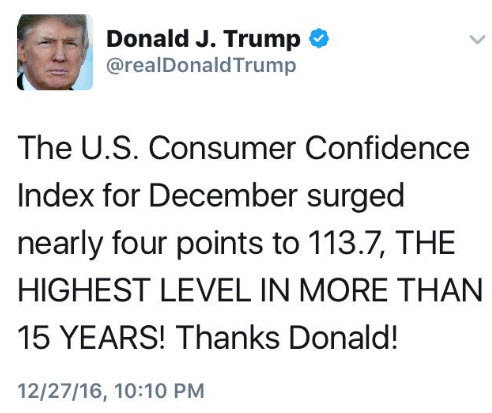 Trump promised a more prosperous America to the middle class. He owes us to make good on that. He made many promises to his supporters, too many to list here. He now has to fulfil these promises and govern. He promised a safer world. He now has to make that happen.

We owe Trump nothing.

3 thoughts on “We Owe Trump Nothing”