Kim Davis, the Kentucky Clerk who has refused marriage licenses to gay couples, because she believes in literal interpretation of the bible, received a lot of media attention in the last few days. She was arrested and jailed today for contempt of court.

She appears to be very interested and concerned with what other people do in their own bedrooms and how they conduct their own lives. But then, I wonder how she reconciles her own activities. She’s been married four times. She also had two children out of wedlock by her third husband. I’d say it’s complicated:

According to the AP, Davis married a man named Dwain Wallace when she was 18 and divorced him in 1994. She married Joe Davis two years later and they divorced after 10 years. When she was 40 years old, she married Thomas McIntyre in a marriage that lasted less than a year. The twins were fathered by her third husband and later adopted by Joe, who she remarried in 2009.

Apparently she likes marriage, because she does it often.

I wonder what she would say if some other religious clerk denied her the license to marry after she has already been married once, since the scripture says:

And I say to you: whoever divorces his wife, except for sexual immorality, and marries another, commits adultery.

Maybe her first husband was sexually immoral, and her second one too, and then her third one. But no, that can’t be, because she married her second husband again after her third. Honest, I couldn’t find a bible verse for this situation, so it must be ok.

I decided I am going to start a religion. My religion will only have one rule, and that rule must always be stated on a napkin. If anyone in my religion breaks that rule, they are condemned to eternal damnation. Here is the rule, properly published on a napkin: 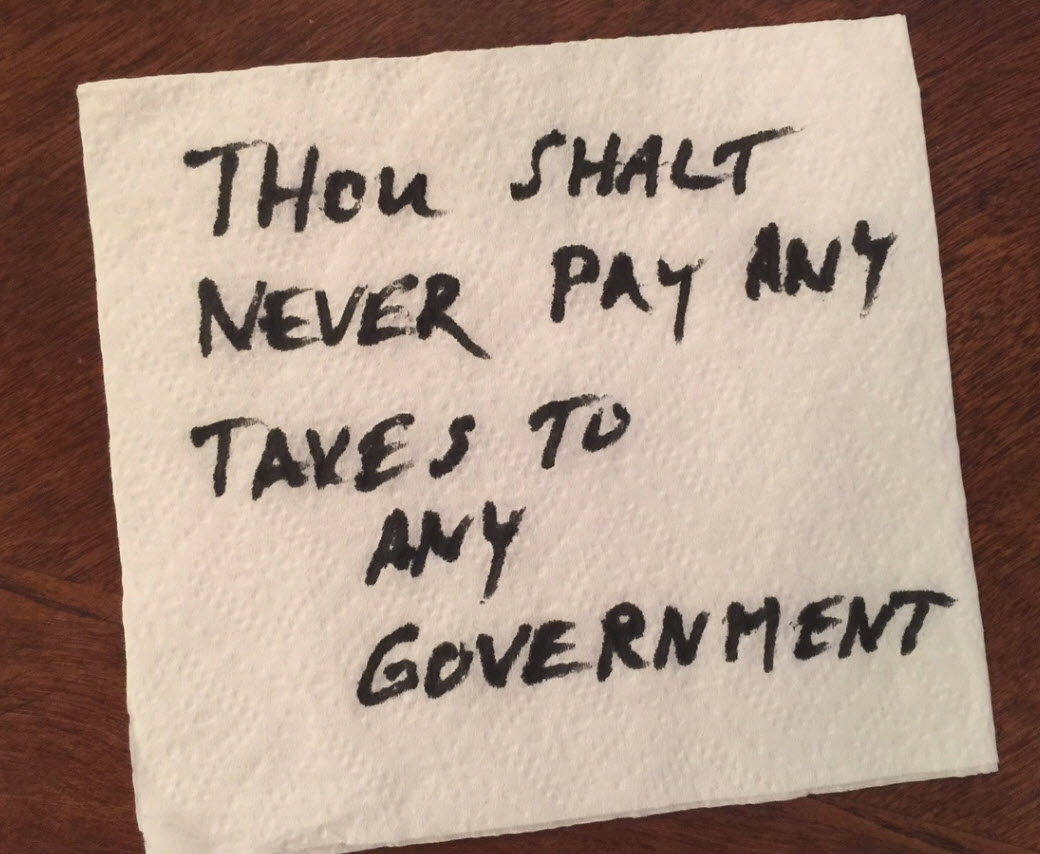 Nobody can touch me. My religion forbids me to pay taxes. It says so right here on this napkin. Why should the government have the right to interfere with my religious convictions?

Oh, yes, in the past, I was a bad boy and I paid taxes. But then I didn’t know what was right from wrong. But now, I have seen the light.

And all of you are sinners!

One thought on “Denying Others Their Rights Because of Our Religion”