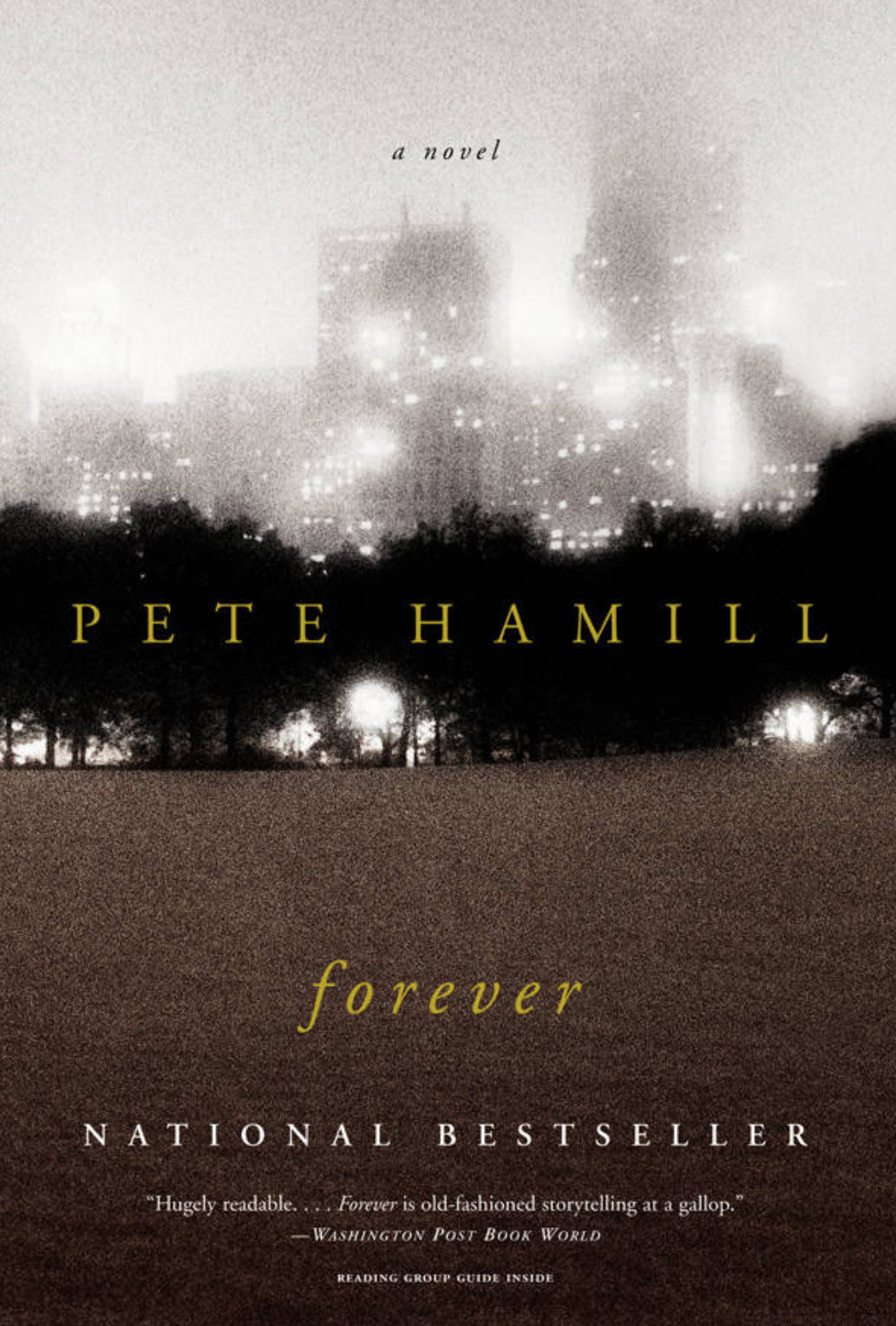 Forever is a very different, very unusual story, mildly implausible, but delightfully entertaining. Overall an extraordinary read. Hamill published this novel in 2003, and while I call it a time travel book, it really isn’t, but yet, it is.

The protagonist is Cormac O’Connor. We follow his life, which starts in rural Ireland around 1720. His father is a blacksmith, a man of honor, who teaches his son well. Through injustice, hard luck and terrible conditions in Ireland in those years, he loses both his parents and travels to America, like so many Irish of those years. He ends up on Manhattan Island in 1740, and through a twist (a covenant) which I do not need to explain further, he lives – well – forever. He is a young man when he steps onto Manhattan, and the covenant requires that he never leave the island.

In 1740, New York is just the lower tip of the island of Manhattan. Further north is farmland. As the years progress, he learns all about the city, its joys, its successes, and its darkest secrets. We watch the history of the city unfold through the eyes of Cormac. He makes friends, lowly friends, and friends in very high places. They get older, and they pass. He has a reputation of seemingly never getting older. As his circle of friends move on and pass on, he finds new people, new women, new businesses, and he lives on.

The story finishes around 2002, with the attacks of September 11, 2001 becoming part of the story.

Pete Hamill is obviously an expert on New York City; he knows its history, its drama, it neighborhoods, its people, and it all comes to life in front of us.

One thought on “Book Review: Forever – by Pete Hamill”